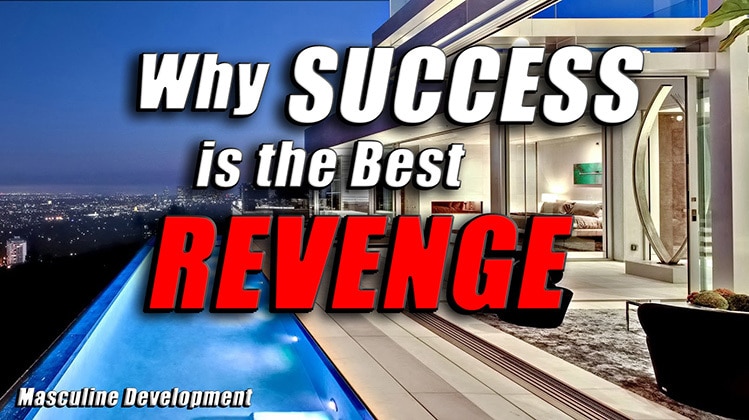 Table of Contents hide
1 All About Assholes
2 Give or Take? Both.
3 How to Deal With Takers
4 How to Get Your Revenge
5 Why Success is The Best Revenge

I went to a bar the other day, and was having a pretty good time. I was hanging out with friends, shooting the shit, and just being myself.

The night quickly took a turn for the worse however, when we decided to walk to a different bar. It wasn’t that far away, and it wasn’t the bar itself that was bad, but rather the people there.

Sometimes it doesn’t matter how good an environment is. You can have the best buildings, the best entertainment, and the best food, but if the people there are assholes, then the experience won’t be a good one.

After a few negative interactions with bouncers, old “friends,” and some other random people, I ended up leaving the bar in a pretty bad mood…but then, like a pile of bricks, it hit me. It doesn’t matter what these people think, because they’re losers. 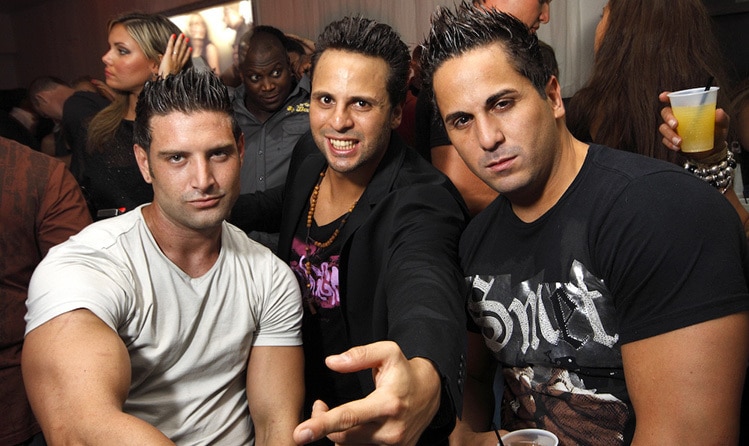 Becoming successful. The goal of an asshole is to deter your focus, and prevent you from becoming successful. Assholes aren’t successful in any right, so they prey upon others who are. Of course, they have all sorts of justifications for their behavior, just as you and I do—but there’s one fundamental difference.

Assholes try to fuck you over for no reason aside from the fact that they want to. It doesn’t matter if you were nice to them, because to an asshole all that matters is power. All they care about is looking cool, getting status, and getting what they want, even if it means stepping on other peoples’ heads.

That’s okay, though—because as you’ll soon see, assholes don’t make it very far. There’s a common misbelief that in order to succeed you have to be a jerk, since nice guys never finish first. Funny enough there’s some wisdom to this, but in reality it often turns out to be the OPPOSITE that’s the case.

Give or Take? Both. 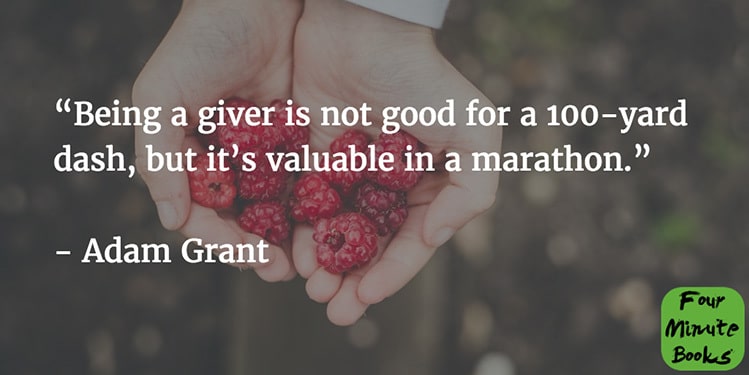 There’s a great book by Adam Grant called Give and Take. The whole idea behind the book is to analyze how certain people become successful, and what characteristics they share in common. So with that in mind, he separates people into two categories: givers and takers.

As you can probably guess, givers generally prefer to avoid conflict and help others, whereas takers tend to seek out conflict and often hurt others if it means personal gain. So who do you think is at the bottom in the ladder in this situation? Obviously the givers.

Guys who can’t say no, and who never set up boundaries, tend to be less successful than takers. As unfortunate as it may seem, givers are at the bottom of the ladder and takers are on top…but that’s not the end of the story. See, there’s another rung ABOVE the takers, and guess who occupies that rung?

The givers do—they’re at the very bottom AND the very top. As confusing as this may seem, it actually makes a lot of sense when you start thinking about it. See, if you give too much and never learn to set boundaries, it makes sense that you’d be at the bottom of the ladder. Everyone takes advantage of you.

So when an entrepreneur or investor is building a team, or wants to share a business opportunity with others, who do you think he reaches out to? The givers. Funny enough, people who give the most actually end up receiving the most, because they build a reputation for being so generous and helpful.

How to Deal With Takers 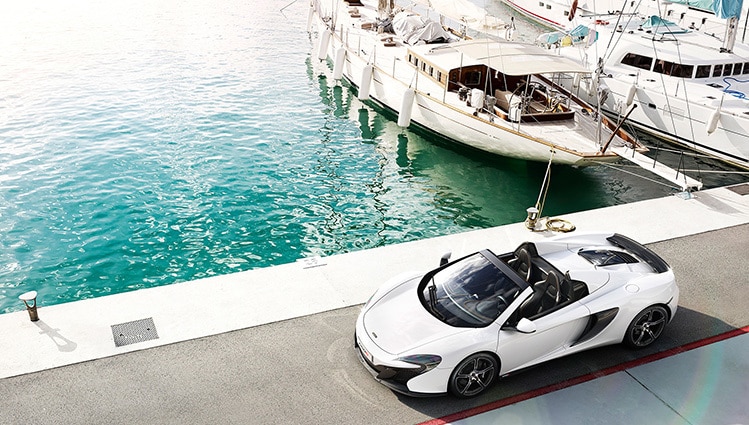 What will your haters say when they see your yacht?

Funny enough, I’d actually been pretty nice to some of the guys who screwed me over that night. They tried to overcharge me for shit, they were rude to me, and they took advantage of my generosity—I’m okay with this though, do you know why?

Because I’m a smart giver. The givers on the top rung of the ladder are ADAPTIVE, which means they know how to play tit-for-tat. They’re nice to everyone, as you should be, but when they start to see that their kindness isn’t being reciprocated, they stop. It’s basically just the 5,000 year old golden rule.

Was I mad that these people were takers? Yeah, sure—at first. But then I realized something. I realized that takers NEVER get far in life, because everyone begins to peg them for who they are…a taker. Nobody wants a taker around them, even in a non-business setting, because all they do is take, take, take.

The best way to deal with assholes, in my opinion, is to simply ignore them and move on. Don’t let them make you cynical. Don’t let them turn you into a taker. You see this a lot, and it happens far too often. Guys get taken advantage of and it turns them into a cynic. Don’t let this be you.

Simply focus on your own success, and ignore the haters, because believe me when I tell you that there will be plenty. The more you succeed, in whatever area of life, the more haters you’ll get. That’s just fine, though—like Kanye West said, his haters are fuel. They motivate him to be better.

How to Get Your Revenge 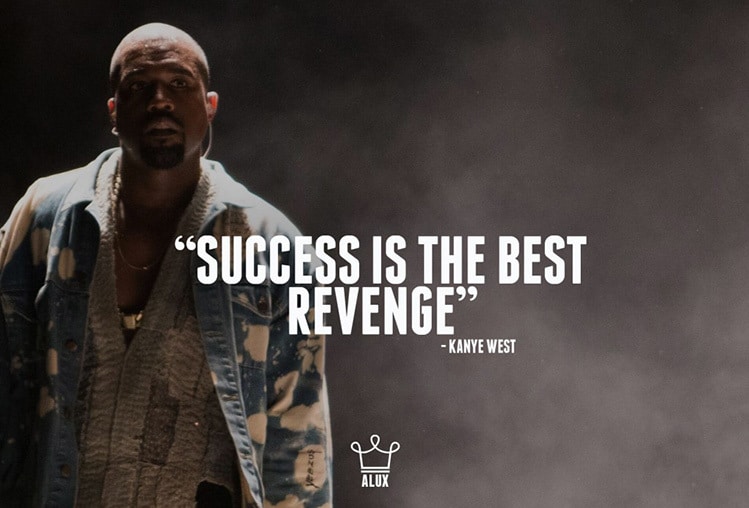 I got an email from someone the other day who was distraught over some bullies at his school. I can certainly relate to this, seeing that I (and many others) was bullied in highschool. Now that some time has passed however, I’ve realized something. They don’t matter.

Those people that are bullying you in high school, or college, or even in the work place? They don’t matter. In 10 years you’ll be cruising on a luxury yacht in the Bahamas with a gorgeous babe on your side, sipping mojitos while you check your Bitcoin portfolio from your laptop.

…and that guy who called you a loser in highschool? He’ll be working in some lame 9-5 job, getting yelled at by his boss, and hating his life, while some guy like you is fucking his wife on the side. This is how reality works. I don’t know if it’s karma, God, or just dumb blind luck, but assholes tend to get the shit end of the deal (no pun intended).

The best revenge is to simply focus on your own success. Don’t assholes deter you from your true purpose in life, because believe me when I tell you that you can have your cake and eat it to. You can be successful AND get your revenge, and you can do it at the same time…just don’t get lost in the madness.

Why Success is The Best Revenge 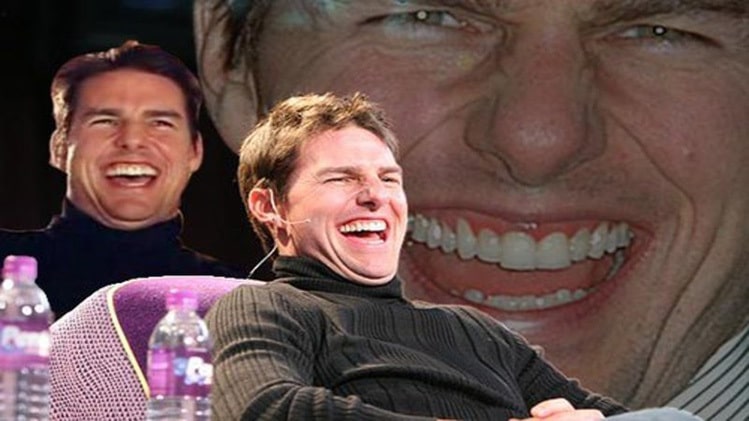 Me laughing at my haters

We all want to get revenge on those who have bullied us, made us feel weak, and screwed us over, but do you know what? Life has a way of sorting these people out. What’s more, is that the more you focus on THEM, the less you can focus on your success.

So if you truly want to get revenge on these people, and if you truly do want to get what you deserve, simply focus on success. Don’t worry about what car they drive, who they’re dating, or what they’re doing—just focus on you. Focus on improving a little bit every day, and getting the slight edge on your side.

Progressive improvement is the way to success, but so is giving. Don’t let assholes make you cynical. Still be nice to people—offer to pay the bill, invite them out to parties, and give them value. Be on the lookout for assholes and takers though, because once you identify them, it’s time to kick them out of your life for good.

All in all, life is short, so don’t focus too much on these people. Focus on the people that you love, focus on doing the things that you love, and focus on creating a life that you love. It’s all about where you’re going for here—forget what’s happened in the past. So, with that in mind, let’s get to it.

Previous Post Knowledge Filtration: How to Read a Book a Day Next Post How to Find Hidden Crypto Gems (10,000% ROI)