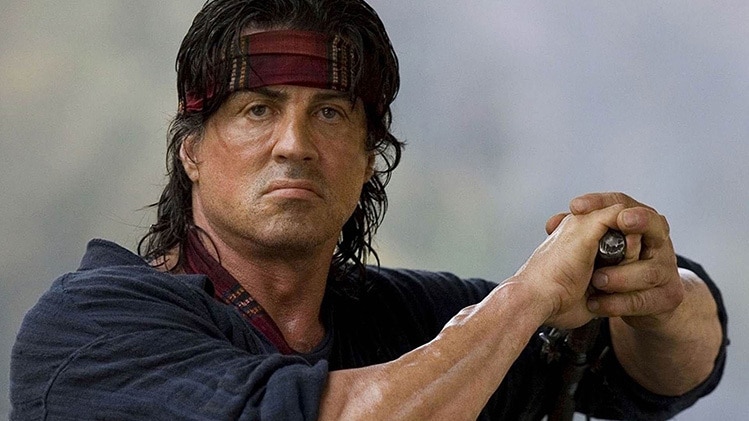 Sigma Male vs. Alpha Male: The One Important Difference

If you’ve been reading around in the manosphere for a while, you’ll know that there’s generally two types of guys.

First, there’s the beta males. These are the guys that take orders. They’re the guys that tend to be more submissive, are generally mediocre, and are low in the dominance hierarchy. They also don’t get very many women.

Then, there’s the guys who know how to be an alpha male. These are the guys in the top 20%—they’re the guys that give orders, excel at what they do, and are the creators of society. They usually get tons of women.

What most people don’t know, however, is that there’s a third type of guy that’s actually on the rise…and he’s known as the sigma male.

10x Your Attractiveness
Everything you will receive with the “7 Strategies” Program plays a critical role in maximizing your attractiveness to women.

Here's what you'll get:
Learn the Secrets Now → 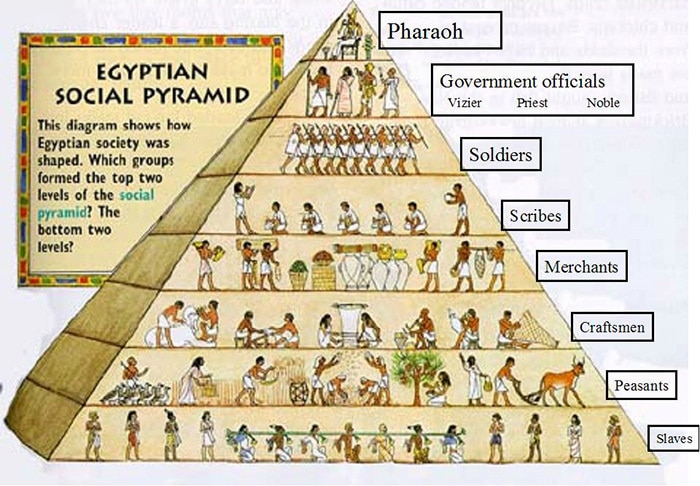 For most of human history, we coexisted amongst one another in social hierarchies. This is where the traditional “alpha/beta” distinction comes from, for example.

First of all, you’re not either an alpha male or a beta male. There’s various shades of gray. For example, look at the diagram above—what would you consider a merchant? Or a craftsmen? Or even the slaves?

TRENDING: How to 10x Your Attractiveness to Women

You can always find someone that’s more alpha or beta, so don’t get too caught up on that distinction.

Second, too many guys who read the manosphere get this weird dichotomy in their head where it’s like that’s ALL THEY SEE.

MGTOW guys, for example, always talk about how something is “alpha” or “beta,” but that’s only half of the truth.

According to Leary’s 8 Circuits of Consciousness, the dominance hierarchy is only applicable to ONE of the circuits, the rest are unique to you.

Anyways—alpha males and beta males can really only exist in a social structure, because by definition, they’re either below someone or above someone.

So, what happens then, when someone breaks free of the social structure? Where do they fit in? This is where the sigma males come in.

What is a Sigma Male?

As I said, for most of human history there wasn’t anything other than either alpha or beta. You were either a king, or a peasant.

You were either at the top or the bottom. Rarely was there ever anyone who was in “the middle” of the totem pole. You were the leader, or the follower.

But once civilization became more advanced, and technology improved, this allowed people to become wanderers, vagrants, and lone wolves.

It allowed people to live OUTSIDE of the dominance hierarchy, neither being below anyone or above anyone.

Suddenly, a guy like Casanova could literally travel the world, and because he knew how to talk to girls and turn them on, he could become an “alpha male” within the different circles he traveled to.

This is the sigma male—a man who does not belong to any tribe. He is a wanderer, an adventurer, and a traveler.

He is not master nor is he slave; he shifts between different social circles and dominance hierarchies, without ever fully getting involved in one.

Previously this wasn’t possible—you needed a tribe to protect you, trade with, and live with.

But as civilization has grown more and more advance, becoming a sigma male has become possible, and even PREFERABLE like it is nowadays (in many ways).

The Rise of the Sigma Male 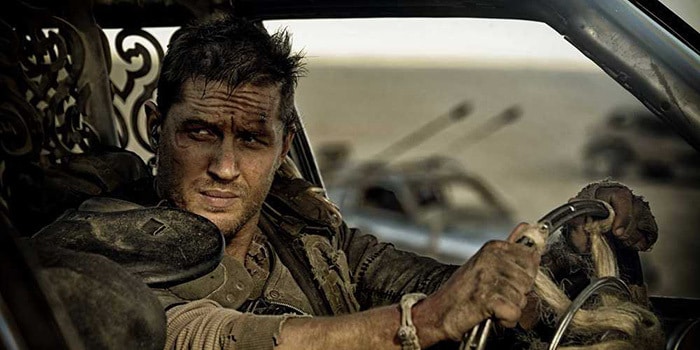 Ever since the 1960’s, such rapid changes have been occurring all throughout society that we haven’t had time to adapt. So what we’re seeing is a drastic increase in the amount of sigma males out there.

Suddenly, you don’t need to ascend the social hierarchy to date beautiful women. Hell, if you know how to get laid on Tinder, you can become an “alpha male” with a king’s harem, in any city in the world!

The Start of the Sigma Male

So what we’re seeing is more and more guys dropping out of the system, and refusing to be cogs in a massive bureaucratic globalist entity that doesn’t give a fuck about them. More and more guys are becoming sigma males.

…and while this is understandable, and while there’s many benefits to being a sigma male, it isn’t something that’s sustainable. Men require a tribe for emotional health and fulfillment. We need a tribe. 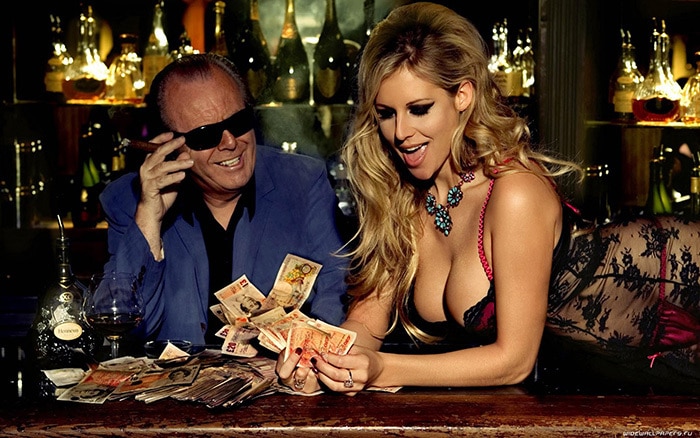 The benefits of living a sigma male lifestyle are pretty obvious.

You’re not part of any dominance hierarchy, meaning you don’t take orders from anyone.

You also don’t have to worry about giving orders and keeping people in line.

You don’t have many responsibilities—as long as you can pay for your lifestyle, you’re good. You can chase as many women as you want without having to worry about being tied down.

You can live a hedonistic lifestyle, which many sigma males do, with very few consequences.

Yet deep down, no sigma male is satisfied. Deep down, men crave to belong to something bigger than themselves. They crave to be a part of a tribe, and learn how to be a better man.

This sigma male phenomenon that we’re seeing nowadays, with more and more guys dropping out of society, is only temporary. It won’t last.

Why We Need Hierarchy 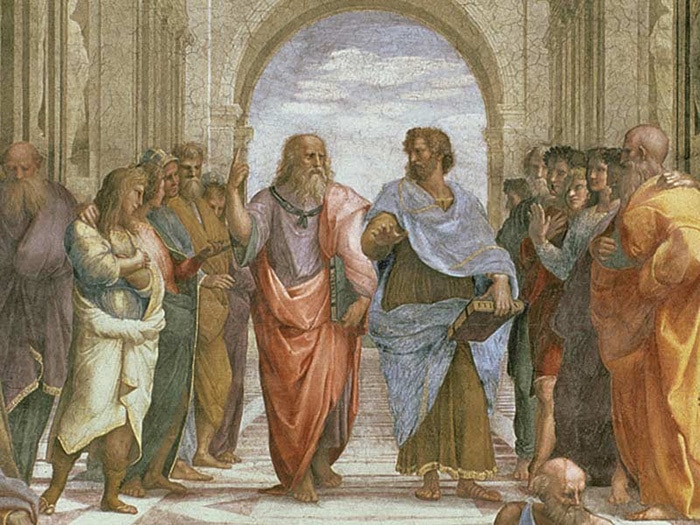 Without Socrates, Plato wouldn’t have amounted to anything

It seems, on the surface, that being a sigma male would be enjoyable. You don’t answer to everyone, it’s stress free, you don’t have to take orders or give them, and you don’t have many responsibilities.

But upon closer analysis, it becomes apparent that dominance hierarchies are phenomenally important, for damn near every aspect of life.

Although the social justice warriors who deny female privilege deny this, dominance hierarchies are not always a bad thing.

Dominance hierarchies give us mentors. They allow elders to pass down wisdom. They allow the competent to lead.

They allow men to form an integrated structure, and operate as a unit, accomplishing more than they ever could alone.

Being thrust into the alpha/beta male social structure is natural to us. We want it, deep down, on some level. We want to be included into it, and even more so, we want to advance to the heights of it.

In the words of Jordan B. Peterson, an ideal dominance hierarchy is large enough to be worth climbing, but small enough that you can actually hope to climb up relatively high.

This is why so many men are dropping out of the global clockwork. It’s far too big, and they don’t feel a part of something greater than themselves.

The Return to Structure 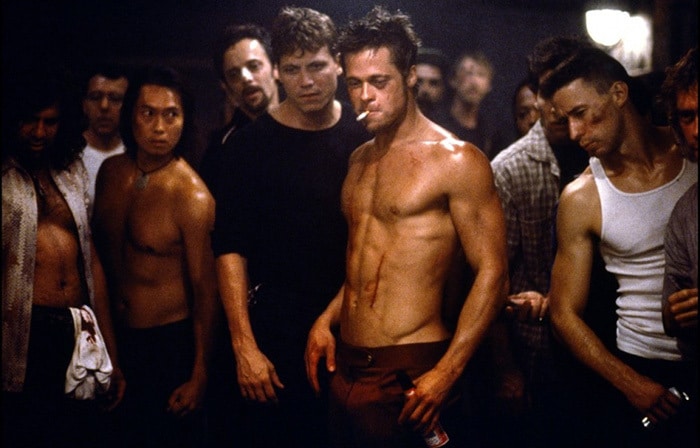 As more and more men have been dropping out of the system, they’ve also been creating new infrastructures and systems.

It used to be a handful of dominance hierarchies (AKA corporations) that controlled everything: the media, pharmaceutical drugs, and consumer goods.

Now, however, more and more men are taking the route of the sigma male, at least temporarily. Then, once proficient enough, they create their OWN dominance hierarchy, in the form of a business or an organization.

Now we have like-minded men banding together over common causes, ideologies, and goals—they’re forming their OWN social hierarchy, separate from the globalist, corporate-owned one.

They’re forming their own tribes.

In other words, there’s an exodus of sigma males, BACK into social hierarchies! This is the key to saving Western civilization.

More and more men who were previously outcast, and who had dropped the system, are finding a place that they fit in, where they feel like they can make a difference.

We’re seeing this particularly in the US where there’s all kinds of grass roots organizations evolving, particularly for conservative youth and traditional gender values. Generation Z has been red pilled, men, and things are going to change. 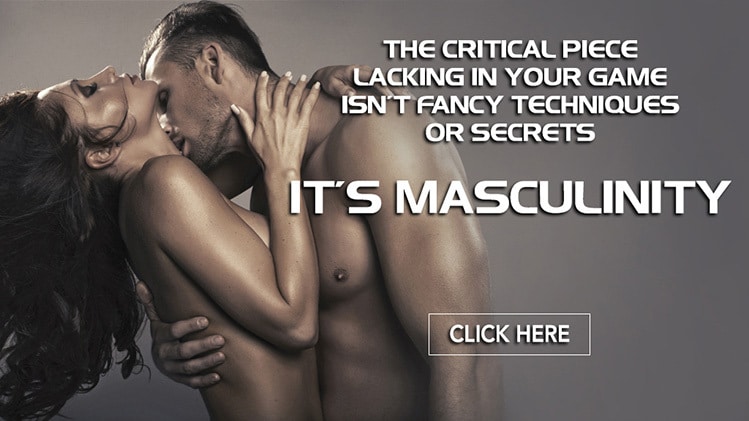 I realize that I covered a lot in this article—I probably could’ve made it 5,000 words long, but have been meaning to get this concept out there for a while.

The life of a sigma male is becoming more and more common, and it definitely has it’s perks.

But, more and more men are realizing that becoming a part of a tribe, and dedicating your life to something bigger than yourself, is the only way to live.

We crave a hierarchy, because it gives us a place, and allows us to accomplish far more than we ever could alone.

So GO! Discover your tribe. If you don’t have one, then find one. If you can’t find one, then build one. The time of the sigma male has come, and the return to the dominance hierarchy is here. Prepare yourself accordingly.

This can be equated to going MGTOW, as men who "go their own way" often refuse to play in society's games. Being a sigma male has numerous advantages, but also several drawbacks that are often not discussed.

❓ What Are Some Sigma Male Traits?

Sigma males are typically lone wolves. They can be very charismatic if necessary, but typically operate within their own boundaries, social structures, goals, and motives. They are not too concerned with power games, and typically focus on their own lives.

Classic examples of sigma males might include outlaws, lone wolves, bandits, hackers, and other "anti-social" types who are certainly able to socialize with others, but mostly choose not to. Sigma males prefer not to tangle themselves up in society as a whole.

❓ Difference Between Alpha vs. Sigma Males?

Alpha males and sigma males share many common characteristics, actually. They're both typically very confident, know what they want in life, and they both take action to achieve their goals (for the most part). The main difference is how they do so.

Alpha males typically achieve these goals by leveraging social structures and climbing to the top of the hierarchy, whereas sigma males prefer to do so without engaging in social politics or power games. In other words, sigma males are like lone wolves.

Previous Post The Sex God Method: 4-Steps to Give Her AMAZING Sex Next Post Steak and Eggs Diet: Will it Help You Shred Fat in 2021?