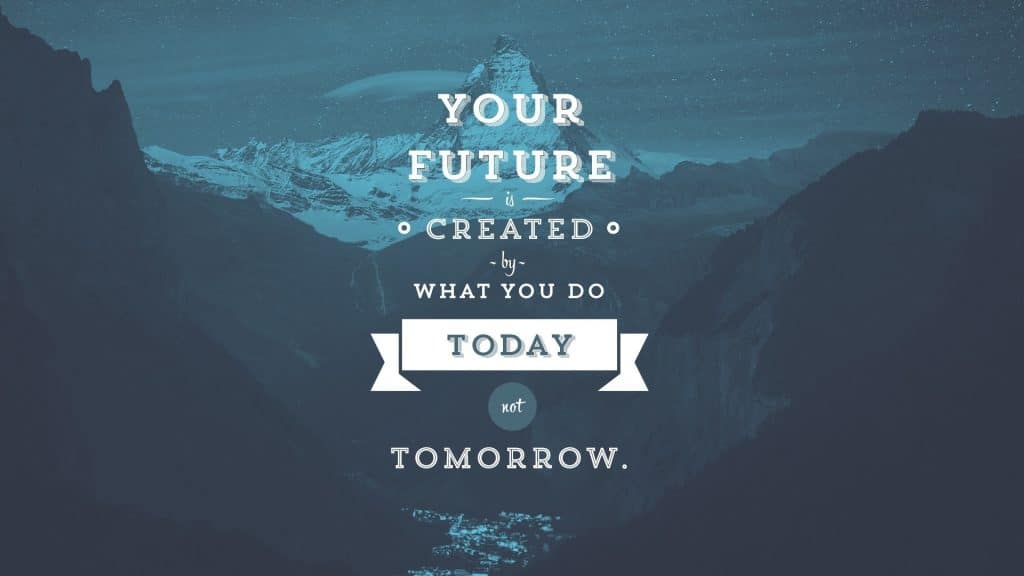 One Simple Question That Will Change Your Life

Table of Contents hide
1 The One Question
2 What Do You Want The Most?
3 Your Health
4 Your Life’s Trajectory
5 A Few Defining Moments…
6 In Parting

There’s a few really powerful questions out there that can seriously changes our lives for the better. Granted, we have to be able to answer them honestly, but if we can, you can bet your ass that they’ll transform your reality.

These all strike at the heart of who we are, and have the potential to change our lives, but there’s one question that has more immediate impact on a practical level than all others. Are you ready for it? Here it is: 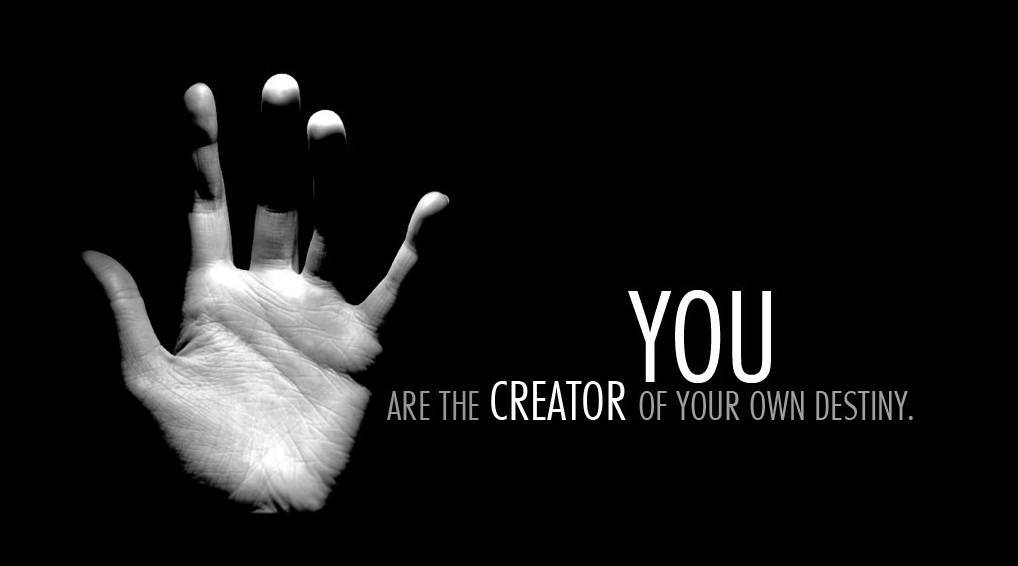 This one simple question is the most impactful that I’ve ever encountered, because of its ability to bring about change in your life right this instant.

Rather than appealing to some lofty goal, about what you want to accomplish in 10 years, or who you want to be surrounded by on your death bed, it’s a very poignant question that gets to the heart of your actions RIGHT NOW:

If your life was a movie, and you were the hero of that movie, what would you do right this instant?

That’s it. Despite its seeming simplicity, if you learn to ask yourself this question on a regular basis, it will radically enhance your life. The reason why, is because it gets to the heart of what we really want.

Every day we come up with excuses to avoid following our passions and doing what we KNOW we should actually do. Hell, we deserve a Nobel prize for the crazy justifications and excuses that we come up with!

Show me somebody who’s stuck in a rut, financially, physically, or emotionally, and I’ll show you someone who dwells on excuses:

Show me somebody who’s successful, though, and I’ll show you someone who takes accountability for their actions, and REFUSES to make excuses.

What Do You Want The Most? 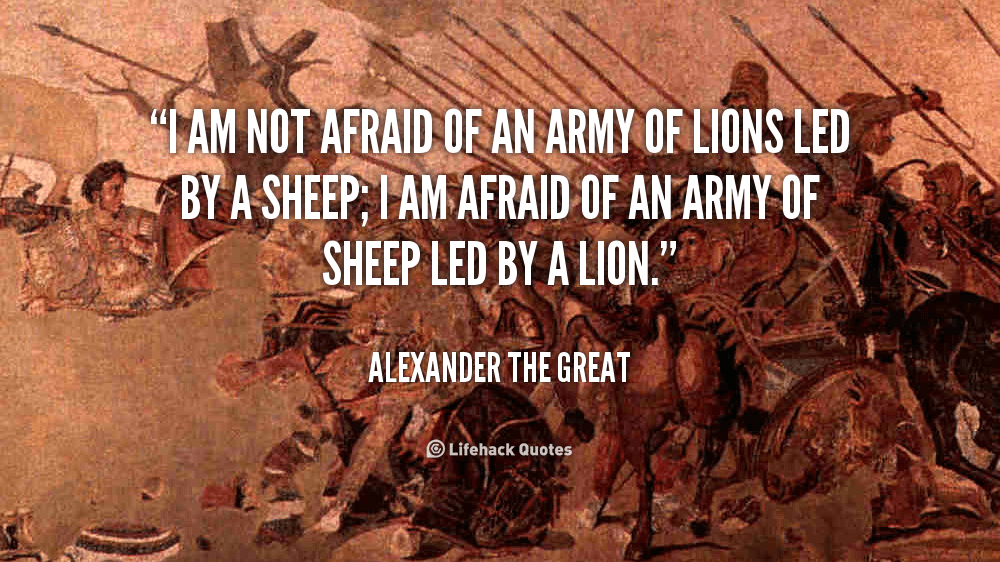 I want you to ask yourself this question right now: “If your life was a movie, and you were the hero of that movie, what would you do right this instant?”

Well, what would you do? What is it that you’ve been putting off, that you KNOW you truly want to do. What passions and dreams have you hidden away, deep in the crevices of your mind, because you just feel like it’s too difficult to achieve them?

Whatever those things are, fucking do them.

You don’t think it’s possible? Let me tell you a little story about Alexander the Great—at the age of 25, he had already conquered more land than literally any other conqueror in existence. But it’s not so much his success that impresses me, it’s his courage.

In the Winter of 326 B.C., Alexander the Great was leading a conquest against three neighboring clans of India: the Aspasioi, the Guraeans, and the Assakenoi. He’d been trying for weeks to break through their fortress of Aornos, the Assakenoi’s greatest and last fortress, which was stopping him from marching onward.

Then, in the heat of battle, his soldiers were able to raise three ladders up over this fortress—so, what do you think Alexander did? Did he wait and let his soldiers go up, because he was afraid of death? Did he order them to go up and fight for him, while he stayed behind and watched? No.

He shot up that fucking ladder and jumped into the enemy fortress head on.

It was only a matter of seconds before the enemies were able to push the ladders off—nobody else was able to get up. It was Alexander the Great and two of his men, surrounded by hundreds of enemy soldiers. Nobody was coming to save them, and mark my words, the enemy was hellbent on capturing and torturing Alexander.

As hundreds of menacing soldiers, decked in battle regalia and wielding swords, axes, and spears, surrounded Alexander, their leader spat: “Surrender, or you will die.”

Alexander’s gaze pierced right through the man’s soul, and without speaking a single word, he charged into battle like a fucking freight train—his battle cry and sheer force of will literally scared his enemies into retreat. They were so overwhelmed by this man’s courage that they thought it was some sort of a trap.

It wasn’t. Alexander the Great bought enough precious seconds for his army to set another ladder onto the fortress, and his army charged into battle by his side. This single, decisive action of courage bought Alexander’s army enough time to climb up there with him, and conquer the fortress.

He was the hero of his own fucking movie. 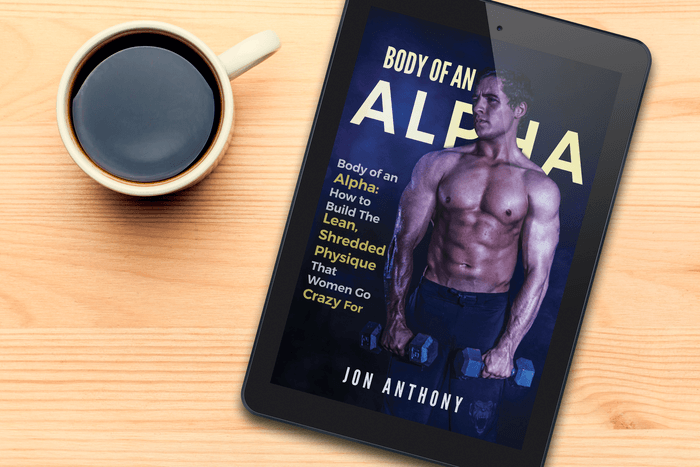 I want you to take a brutally honest look at your body right now—are you satisfied with it? If you are, then that’s great, but chances are you’re not.

Most men don’t have an impressive physique, not even by a long shot. Most men are either too skinny to even bench press a hundred pounds, or too fat to sprint for more than 30 seconds. Most men are unimpressive.

Don’t be unimpressive—instead, ask yourself: what would the hero of your life do right now when it comes to your health?

When you wake up, and you’re tired, because you were up late the night before, and you want nothing more than to just stay in bed, what would the hero of your life do? Would he complain and skip the gym? Would he slowly die a little bit inside, because he can’t even keep his promises to himself?

No. He would get up, put on his sweat pants, and go to the fucking gym.

Be the hero of your own life, and take your health into your own hands. 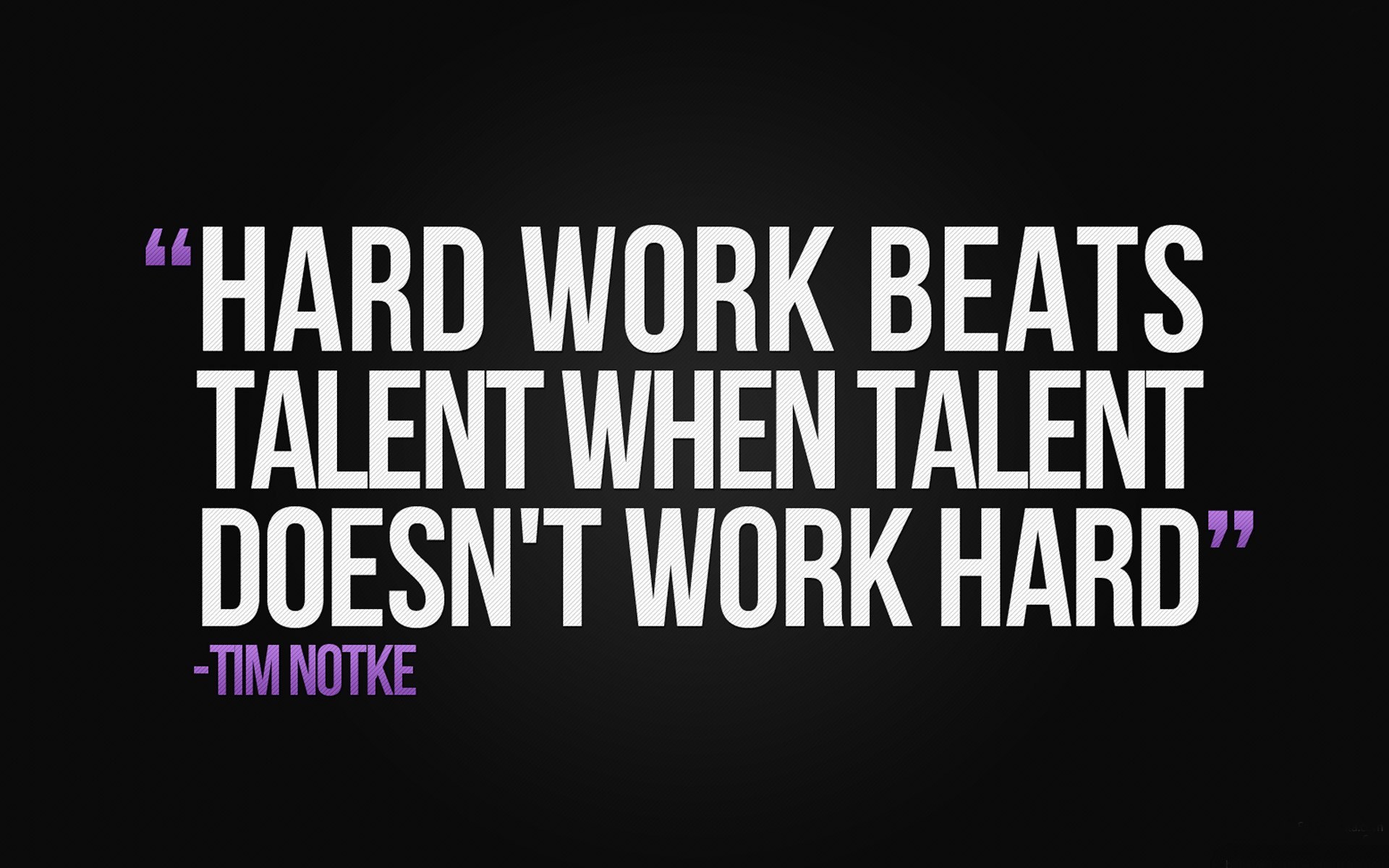 I have a goal for every single area of my life, and you should, too. Even if you don’t accomplish them, simply setting and striving to achieve your goals gives you direction.

Don’t choose small goals though, no—remember: if you were the hero of your own story, what goals would you have? Would you want to get some boring job that you hate, because it slowly kills your soul, but that pays the bills?

Only cowards follow the well beaten path—it takes true courage to forge your own lifestyle. This is why you’re here.

Figure out your dream lifestyle, and be courageous and heroic enough to achieve it.

Or maybe you want to join the military, and dedicate your life to becoming the best damn special ops soldier of all time. Okay, then create a plan. Figure out what the physical requirements are, and start training—you have to put in the work if you want the reward.

Do you want to have a great girlfriend? Okay, then go out there and learn game. Date a lot of women so that you get experience and learn what you want—there’s no easy solution. Eventually, you have to put in the work. There’s no way around this.

If you want to live the life of a hero, you have to act like a hero. 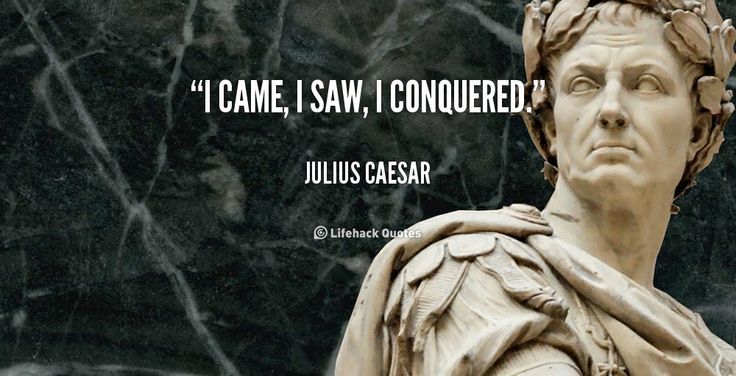 Generally speaking, there’s three paradigms when it comes to seizing opportunity. Most people stay stuck in either #1 or #2—very few people have the self-knowledge and perseverance to attain the third:

Ideally, you want to be in the third paradigm.

Those with the mindset of #1 tend to stagnate, and they don’t take any action—why would they if there’s no opportunity?

Those in mindset #2 (most people) tend to take some action, but they still let tons of opportunities pass them by. Why wouldn’t they, when there’s so much opportunity in the world?

Those with mindset #3, however, understand that you’ll only get around 3-4 truly life-changing opportunities in your entire time on this earth. So you’d better fucking take them.

When I think of defining moments, I recall another story from history—one of a young Roman boy, who loved adventure. One day, this boy heard that there were enemy tribes camping out on the edge of Rome, so he decided to sneak past the Roman walls and spy on them.

As he hid behind one of their tents, he saw a few dozen men huddled around a campfire…he decided to get closer, in the hopes that he could overhear their battle plans. As he crept closer and closer, suddenly one of the guards snatched him up.

“No, let me go!” the boy shouted. The enemy guard dragged him to the fire, and asked his leader what to do with him. The leader looked at the young boy, and was silent.

He took an iron rod, and put it in the fire—the boy struggled to get loose, but there was no point in trying. He was only about 10 years of age, and he was surrounded by nearly 30 grown men, all soldiers.

As silence pierced the frigid nighttime air, the leader of this enemy tribe took the iron rod out of the fire—it was glowing orange and hotter than brimstone. He walked over to the boy, and spoke: “We are going to torture you, and you are going to tell us of the secret entrance to your city.” There was a long pause, as the boy and this ruthless Barbarian leader locked eyes.

Suddenly, the boy grasped the burning iron rod with his bare hand. As the heat seared his flesh, he looked right at this Barbarian leader, and with a ferocity unlike any other, he replied: “I would rather die than betray my country.”

The enemy tribe was so impressed with this boy’s courage, that they decided to let him live. The boy scurried back to his city, both terrified and exhilarated at what had happened—this experience only strengthened his love of country and boldness.

This boy then grew up to be Julius Caesar, one of the most influential historical figures of all time.

This boy? He was the hero of his own life—this is what we must all strive for. This is the way of men. 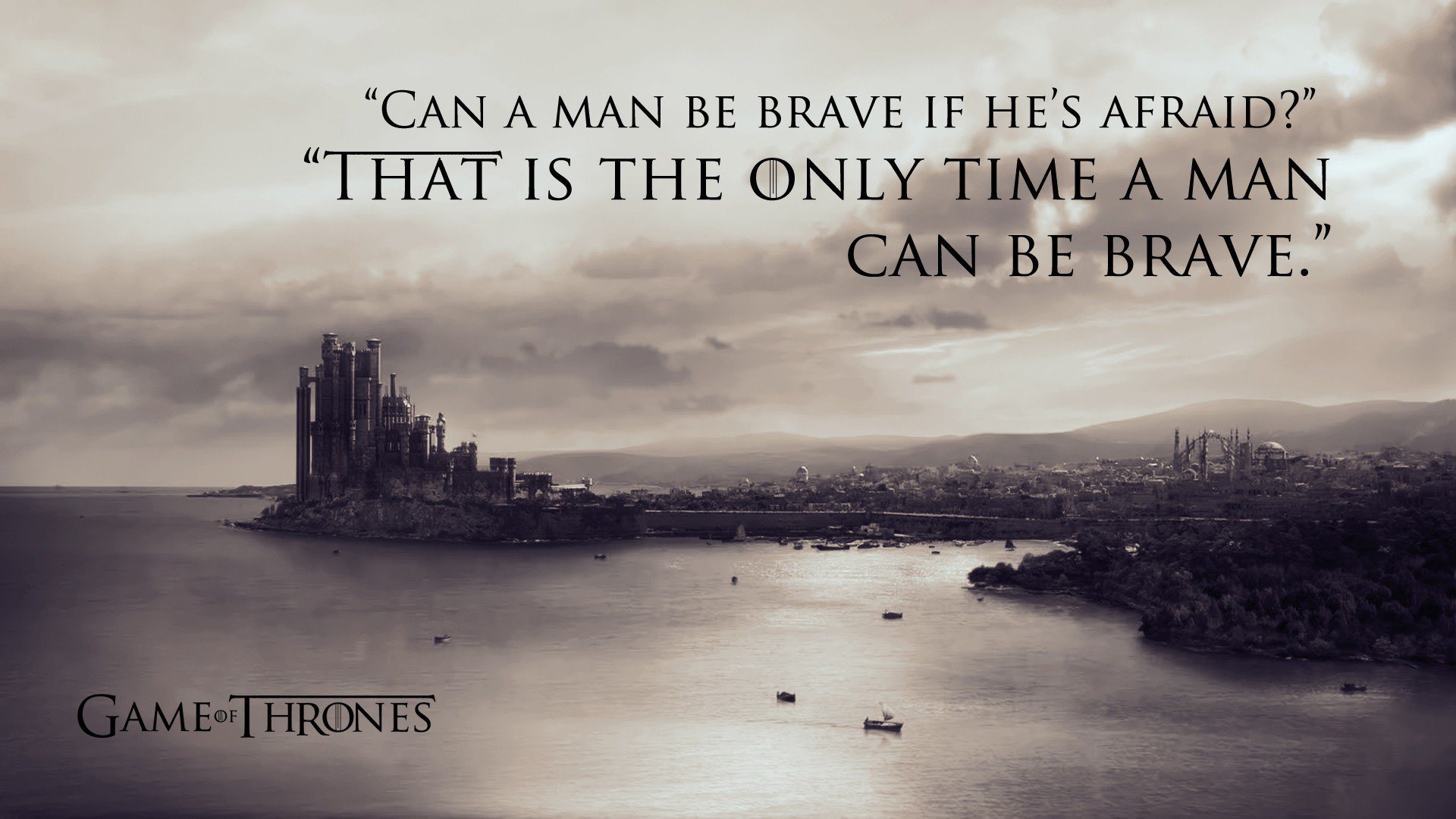 I really hope that I got to you, men. If you want to live an epic life, filled with adventure and fantasy, with love and loss, and with tremendous impact, you must be the hero of your own life.

Whenever you’re feeling tired, and you don’t want to train for that competition, ask yourself: “What would the hero of my life do?”

Whenever you’re feeling lazy, and you don’t want to work on your business, ask yourself: “What would the hero of my life do?”

…and whenever you’re confronted with a difficult decision, and you’re terrified of what you have to do, ask yourself: “What would the hero of my life do?”

I hope that you guys all gained something from this article. As usual, if you have any questions, comments, or concerns, feel free to leave me a message below. And, as always, I’ll see you next time.