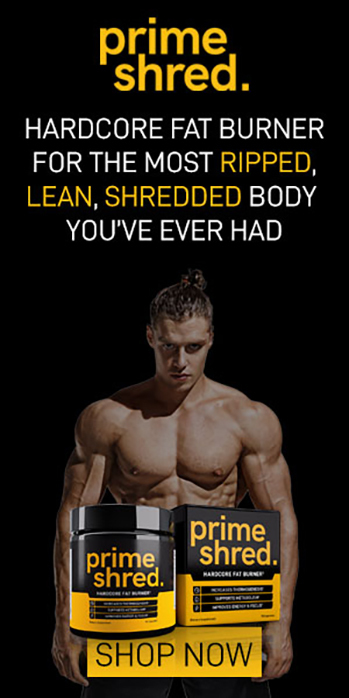 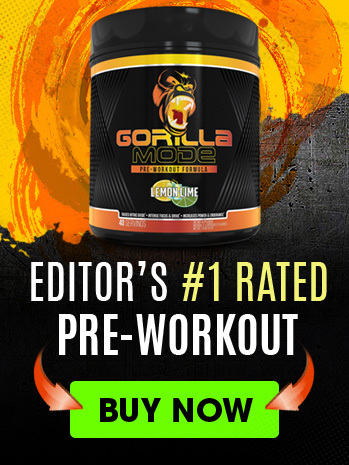 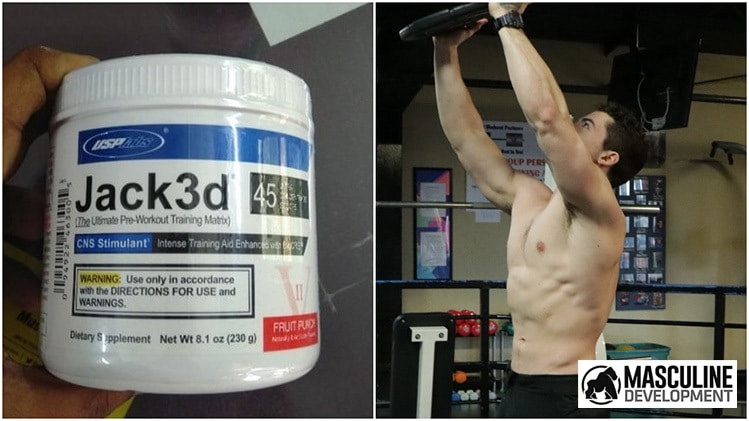 Jack3d Review: The Return of The BANNED Pre Workout?

Anyone who’s into pre workouts, knows that Jack3d was previously BANNED for being way too damn strong.

…and while the old version of Jack3d was one of the best pre workouts on the market, this new formulation is pretty damn good.

In this article, here’s what I’ll cover:

So, sit down, strap in, and grab a cup of coffee (or your favorite pre workout). Let me give you the no-BS low down on Jack3d.

DMAA: Why Jack3d Was Banned 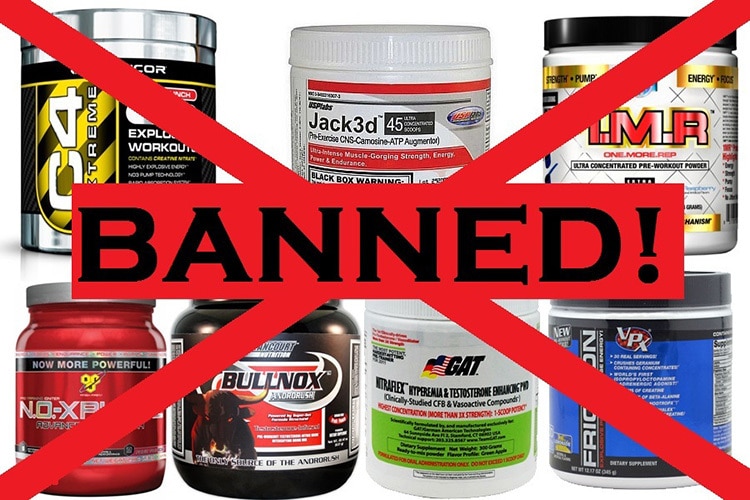 Lots of guys were OBSESSED with the old formulation of Jack3d. In fact, I’d go so far as to say that it was literally the strongest pre workout ever.

The reason Jack3d was so strong, was in large part, due to the fact that it contained DMAA, one of the strongest (previously) legal stimulants out there.

DMAA, or 1,3-dimethylamylamine, was essentially legal meth. It was strong as FUCK, and gave you an incredible workout experience.

Much to the chagrin of weight lifters, however, many people couldn’t handle it. People were having heart attacks left and right.

So, after catching wind of this, the FDA banned DMAA in 2012, telling supplement companies that they’d better tow the line, or risk hefty legal action.

After DMAA was banned, the original formulation of Jack3d was pulled off the market. This obviously pissed many bodybuilders off.

Thankfully however, USP Labs, the creator of the Jack3d pre workout, came out with a new formulation… and I’ve got to say, it’s pretty damn good. 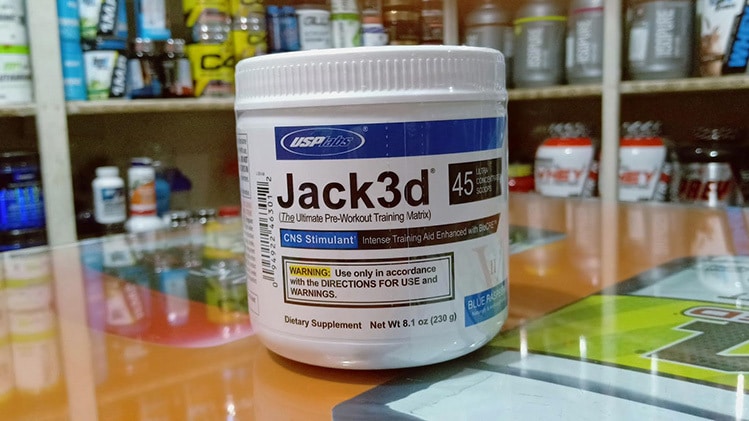 Overall, I give Jack3d a 5/5 stars. It’s got some incredibly powerful stimulants, adaptogenic herbs, and a good dose of caffeine.

While it doesn’t have as much caffeine as Nitraflex, this is likely because it has other forms of stimulants (such as Yohimbe and Rhodiola Rosea).

So, whether you’re a newbie gym-goer, or a veteran bodybuilder, I fully recommend that you give this new Jack3d formulation a try at least once. 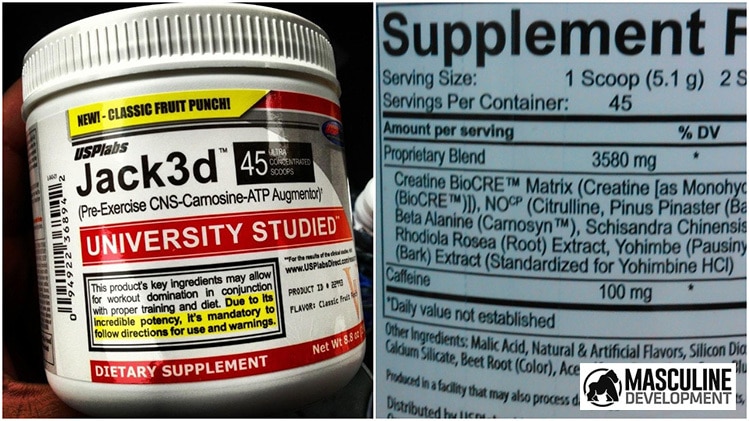 Obviously, the new Jack3d does not contain DMAA, because that would be illegal. Thankfully, it still has a ton of great ingredients, though.

Here are the ingredients in the new Jack3d formulation:

This might be confusing to a lot of newbie weight lifters, so let’s take a moment to break down these ingredients in-depth. 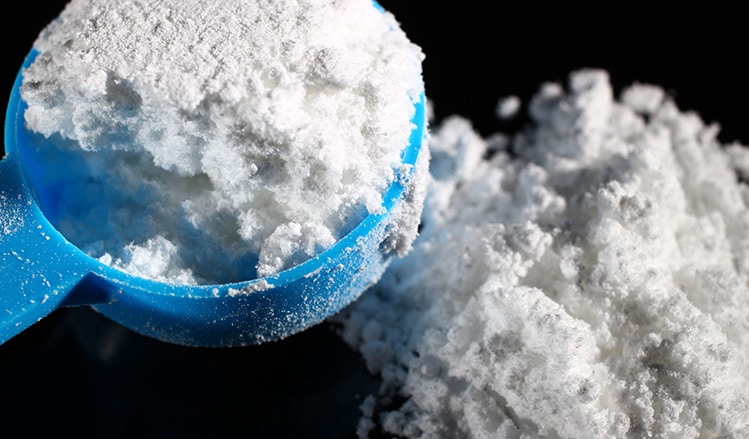 As any bodybuilder knows, creatine is one of the best performance enhancing supplements on the market.

It’s been clinically proven to improve strength, and drastically increase muscle endurance, well beyond the levels of fatigue.

…and that’s exactly why Jack3d has creatine in it. Not just any creatine, though—we’re talking about BioCRE, a specific formulation.

This is a highly pure, and highly bio-available form of creatine, that helps you build muscle and increase strength, way faster than before.

Unfortunately, Jack3d doesn’t say how much creatine is in it, because it’s part of their “proprietary blend.” So, it’s probably best that you supplement with creatine daily, in addition to taking Jack3d pre workout. 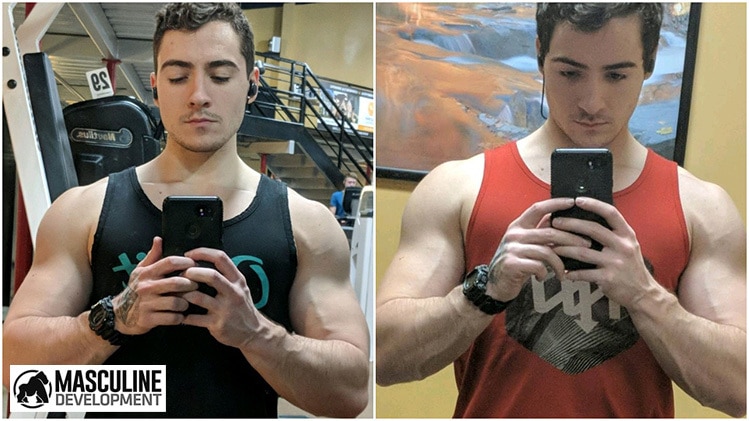 They don’t call it this in the pre-workout, but there’s a few ingredients that I’m going to “lump together,” because they give you a good pump.

The pump-enhancing ingredients in Jack3d are:

That’s it… and while you can’t tell how much of it is in there, the proprietary blend is over 7,000mg so I suspect it’s fully dosed.

The Nitric Oxide CP is a nitric-oxide precursor, which includes Citrulline and Pine Bark extract, for extra bio-availability.

Then, there’s the beta alanine, which is another great pre workout ingredient for enhancing pumps. It’s what gives you the “tingles.”

In other words, these ingredients in the new Jack3d formulation are meant to give you great pumps, by giving your muscles more blood.

As far as I can tell, this pump enhancing complex is far better than the one found in Beyond Raw LIT, which is pitifully under dosed. 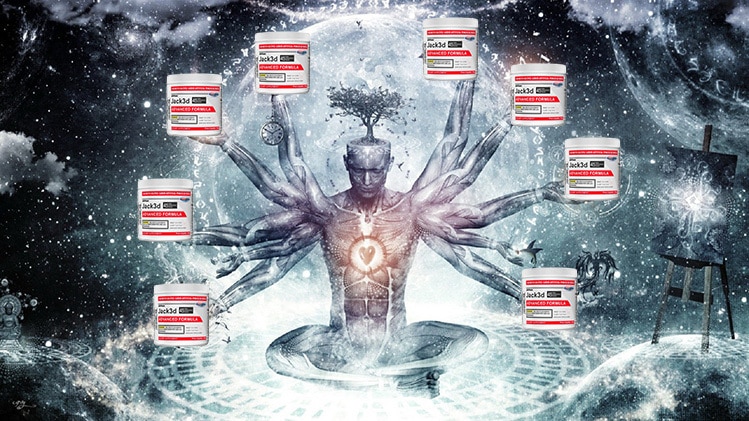 How it feels to take Jack3d

Again, Jack3d doesn’t call it this, but I’m lumping these ingredients together, because they’re all related to focus in the gym.

The focus-enhancing ingredients in Jack3d are as follows:

This isn’t a terrible lineup, but it’s not extremely powerful either. Let’s start off with what we all know best: caffeine.

According to the label, there’s 100mg of caffeine per scoop, and you can take up to two scoops per workout session.

So, with a full dose, you’re getting 200mg of caffeine. This is a good amount, but I’ve seen a ton of pre workouts with way more caffeine than this.

Even so, Jack3d is a hell of a lot more powerful than the C4 pre workout, which has really GREAT marketing, but terribly under dosed ingredients.

The Yohimbe Extract is good, however. This is an extract from the bark of a tree native to Africa, and it’s a powerful stimulant.

Taking Yohimbe has been shown to enhance focus, and improve energy levels, so this is a great addition to the new Jack3d  pre workout formula.

In my opinion, this is one of the things that makes the Jack3d pre workout stand out from all the other pre workouts on the market.

These are two herbs, which have been shown to be powerful nootropics when taken by human beings.

Schisandra is a berry found in the northern regions of China, and it’s been shown to enhance energy, focus, and even improve your immune system.

Rhodiola, on the other hand, is an arctic herb, which is incredible for increasing energy, while simultaneously decreasing stress.

In other words, the Jack3d “Adaptogen Blend” is meant to ward off some of the side effects of taking a ton of stimulants.

This is, in my opinion, what makes a great pre workout. Anyone can stuff a bunch of stimulants into a can, and sell it for $50.

It takes some actual thought, however, to put the right balance of stimulants and stress-reducing herbs into a pre workout, however. 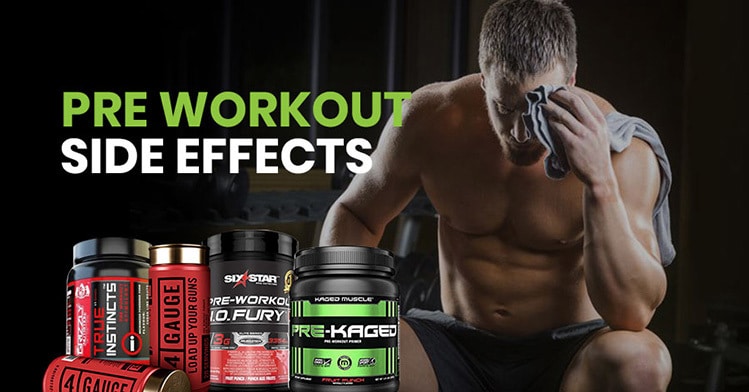 Thankfully, with the new Jack3d formulation, you won’t be having many side effects at all… if any.

After they removed DMAA, the number of side effects that people experienced drastically dropped, almost down to zero.

That being said, if you do take too much Jack3d, or any pre workout for that matter, you may have some side effects.

If you take too much pre workout, it’s common to get anxiety, insomnia, rapid heart beat, and sometimes a bit of jitteriness.

Just try one scoop at first, and see how well you respond. If you do well, consider taking two, but don’t take anymore than this.

All in all, Jack3d is a powerful pre workout, that was once banned for being just too damn powerful.

It’s back with a vengeance, however, and is better than ever. With a great lineup of stimulants, nitric oxide precursors, and adaptogenic herbs, it’s one hell of a pre workout.

If you do decide to get Jack3d, get it through an official seller like USP Labs. Don’t be a dumbass and get some fake rat poison shit on eBay.

I hope you guys enjoyed the article. If you think I left anything out, let me know in the comments section, and as always, I’ll see you next time!

❓ Why Was Jack3d Banned?

Jack3d was banned, because it is one of the most powerful pre workouts in existence. After the FDA made DMAA illegal in 2012, Jack3d had to remove its pre workouts from the shelves, because it contained a hefty dose of this powerful stimulant.

Thankfully, after reformulating their pre workout, Jack3d is back on the shelves with a more legal ingredient lineup. It's still difficult to find, because Amazon doesn't sell it, but you can buy it on other places online.

❓ Can You Still Buy Jack3d?

After Jack3d was banned in 2012 for containing the powerful ingredient DMAA, they reformulated their pre workout so it could get back on the shelves. Thankfully, you can still buy Jack3d, although the original formula is only available on eBay from third party sellers.

If you want to buy the new version of Jack3d, you can find it on the USP Labs official website, and on several other third party vendor websites. To get the original, banned version of Jack3d however, you'll have to go through sketchy eBay sellers online.

Unfortunately, no. After The Food and Drug Administration (FDA) banned DMAA in 2012, Jack3d was forced to pull its pre workouts off the shelves, and come up with a new formula that wouldn't be considered illegal.

The new version of Jack3d does not contain DMAA anymore, but it does contain other powerful ingredients like caffeine, Nitric Oxide CP, Yohimbe extract, and a few other incredible stimulants meant to send your body into overdrive.