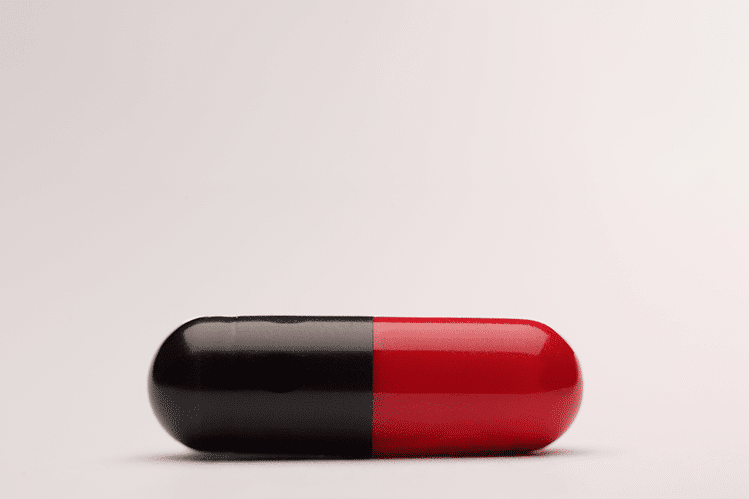 What is the Black Pill? A Closer Look Inside The New “Red Pill”

There’s been a lot of talk about the “black pill” lately.

The “black pill” is supposedly the “red pill of red pills,” or rather, the even more brutal, realistic truths that most “red pill” guys don’t even want to hear.

Proponents of the black pill talk about race and attractiveness, sex and politics, and other topics that most shudder at the thought of.

In this article, I’d like to take some time to explore this idea of the black pill, and why I think it’s important, but often misapplied to life. 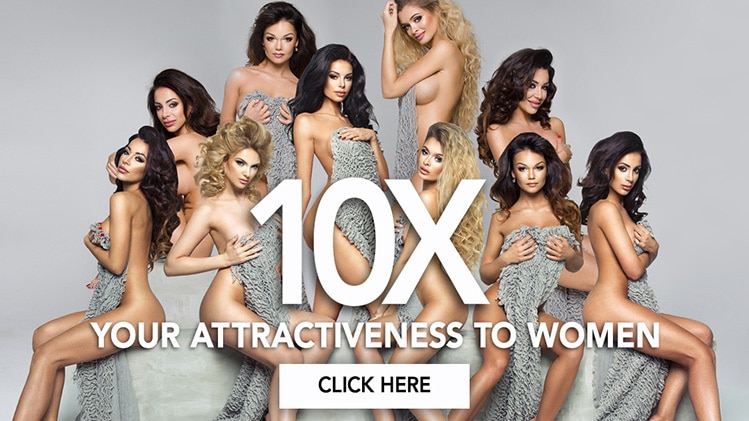 I remember when I was around 13, and I first discovered what was deemed the “red pill.”

Blogs, forums, authors, and random men across the globe were telling me to stop “validating women.” EGAD!

At first, I was shocked. Like many, I went through the “5 Stages of Red Pill,” from denial, to eventually, acceptance.

The red pill has changed my life in many ways that most others cannot even fathom.

It took me from being a helpless little boy, and led me towards the path of becoming an alpha male.

…and for that I am grateful. Yet there’s something else out there, unbeknownst to many, called the black pill. Now just what is that? 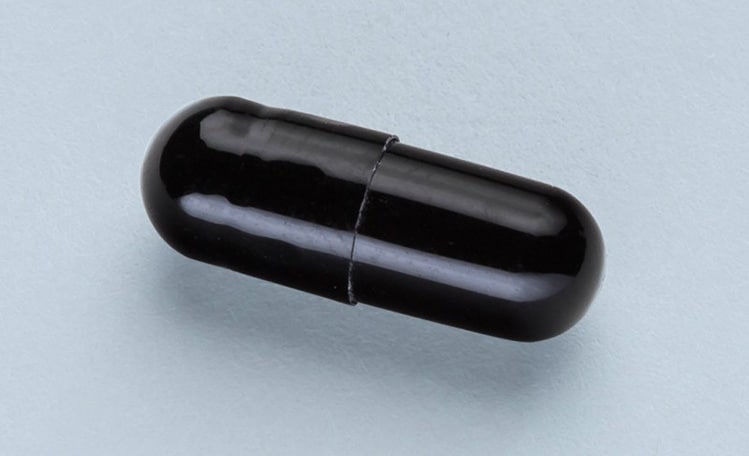 Now of course, it’s always difficult to summarize a whole theory or school of thought, that’s comprised of numerous beliefs and individuals.

…but, I will try my best. As far as I can tell, the “black pill” is sort of like the red pill, but with a very nihilistic tint.

Where the “red pill” describes how reality is, and urges you on to make changes in your life, the “black pill” says that there are some people who are just completely doomed to lose.

Here are some commonly discussed pill topics, that many will find uncomfortable:

Can you see why many have a base impulse to reject the black pill? It accepts many of the core tenets of the red pill, but the major difference is that “red pillers” believe you can change things, and there is fundamentally a path out of all this shit.

Black pillers, though? They’d prefer to throw their hands up and watch the whole damn thing burn to the ground.

The Truth: Take The Black Pill 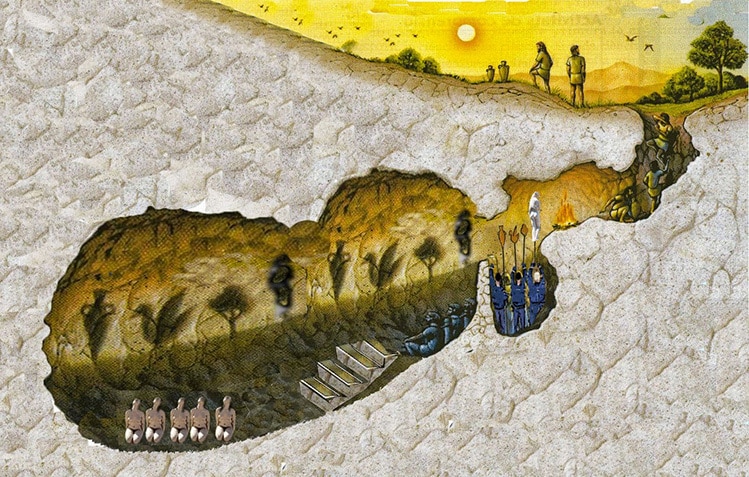 The truth, my friends, is almost always in the middle. To me, it’s strange for people to distinguish between the “red pill” and the “black pill” because to me, there was never any difference.

The pill is just what you get when people discover the red pill, and give up.

Fundamentally, they’re both the same thing, with one difference: your application of the truth.

There is no “black pill,” just “red pill” and different people who apply it different ways.

I prefer to ACCEPT the “red pill truths” that noobs to the manosphere are calling “black pilled,” and simply change things.

For example… one of the most common questions I get is: “Jon, you say that looks don’t matter… but then sell an eBook on working out! What gives?”

Here’s what gives: you should do everything to maximize your looks, but after a certain point, they really don’t matter.

OBVIOUSLY people who look like Brad Pitt are going to have an easier time pulling girls. No shit. People present this argument to me as if I’m somehow unaware of it. I’m not.

But the point is that, if you DON’T look like Brad Pitt, you have two choices:

I’m sure you know which choice I’ve taken. Which have you taken?

The Black Pill on Looks 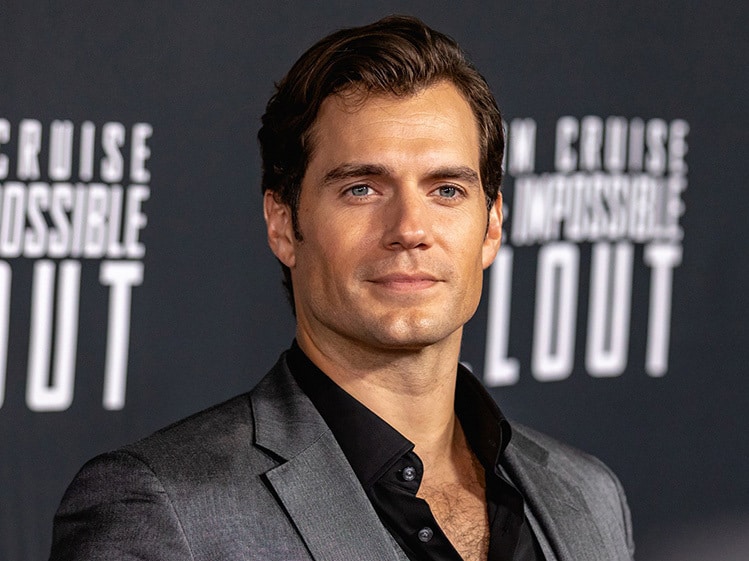 Again, women obviously have looks preferences. So do men.

Women on the other hand, prefer tall men, with defined jawlines, and wide shoulders.

No shit. Only an autist would present this fact to me as if I’m not aware of it. We all know that women prefer good looking men.

The black pill  , which is comprised of mostly virgins and incels who haven’t spent more than 3 hours trying to go out and learn game, believes that if you aren’t born with good looks, then that just the end of everything, and you should give up and go MGTOW.

The red pill however, believes that you should do everything you can to maximize your looks, and then your money, your game, and everything else.

This is obviously what I believe, and it’s what winners believe. Winners don’t complain that they weren’t given the best hand in life.

The Black Pill on Race

Another common topic is that women have certain racial preferences in who they date.

They do. This is a fact.

BUT, and here’s what’s critical, you can’t do anything to change it.

You weren’t born a 6’3″ white guy, with blue eyes, broad shoulders, and a jawline like an anvil?

Obviously having good looks will make it easier to attract women.

But do you know what matters far more than your looks, in my experience? Your game.

Your ability to spike a girl’s emotions, lead her, and escalate on her in a socially savvy manner, will ALWAYS trump your looks. Every single time.

Guys will endlessly argue with me on this topic, but when it comes down to it, they don’t have the experience I do.

It’s always incels who’ve gotten laid 5 times (and think that’s a lot) that argue with me on this shit.

No. No fucking buts. Go out 3x/week for a year, and tell me if you still think that “looks are more important than game.”

Now, while I mostly think that the “black pill” community is filled with a bunch of self-pitying losers, I do think they bring up a lot of good points.

Yes, female hypergamy is being “let loose” and making it difficult for the average man to get a girlfriend.

…and yes, there are some things in life, that you just can’t change.

Of course. I agree with all of these things.

My only quibble with the “black pill” is that there’s no call to action. There’s just a bunch of circle-jerking self-pity that doesn’t actually change anything.

So here is my call to action for you, friends. Accept reality for what it is. Accept that you may not be the best looking guy. Accept that women and men both prefer certain things in each other… and just go out there and do the best you can at everything you do.

If you’re looking for a quick, easy way to 10x your attractiveness to women, then look no further than my 7 Strategies Secrets Program. It fixes the underlying problem with your game, by making you more MASCULINE, and thus far more naturally attractive to women.

This is your life, and no amount of bitching or theorizing will change the fact that things aren’t the way you want them to be. Fundamentally, when it really comes down to it, nobody can control your life accept for you. Indulging in constant “black pill” videos and articles is just another way to avoid self-responsibility.

So go out there and take action. You’re not making enough money? Then start a business on the side. You’re not as happy as you could be? Figure out why, and make a change. You’re not dating the women you want? Work on your appearance, practice game, and take more action. Do this, and in a year, you won’t even remember what the “black pill” was.

❓ What is The Black Pill?

The Black Pill is a nihilistic philosophy, which is a tangent off of the Red Pill. Where the Red Pill exposes people to uncomfortable truths, the Black Pill ultimately states that there's nothing we can do about these truths, and that we should stop trying to change them.

❓ Should You Take The Black Pill?

In my experience, taking the "Black Pill" makes one nihilistic and cynical, so I don't recommend it. While there are certainly uncomfortable truths in life, you can overcome an enormous amount of obstacles if you're simply willing to try. I take the Red Pill, not the Black Pill.

❓ What's The Difference Between The Red Pill and The Black Pill?

The Red Pill is a "catch all" term, used to describe the uncomfortable truths about the dating market, wealth, social inequalities, and political truths. The Black Pill is based off of the Red Pill, however it takes a more nihilistic approach to the problems of the world.