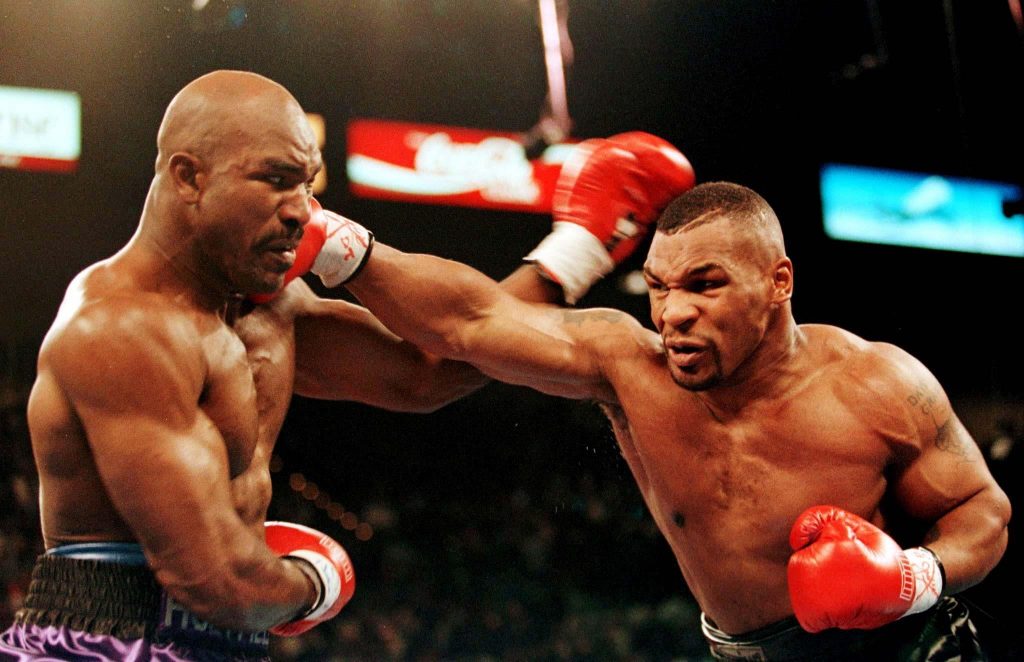 I’m actually at the gym right now, doing the “Strength Day” of my Body of an Alpha routine.

I usually don’t write articles on my phone when I’m at the gym, but something dawned on me as I was lifting.

This one thing is simple. In fact, it’s so simple that most people already know what it is…but very few people understand it’s power. 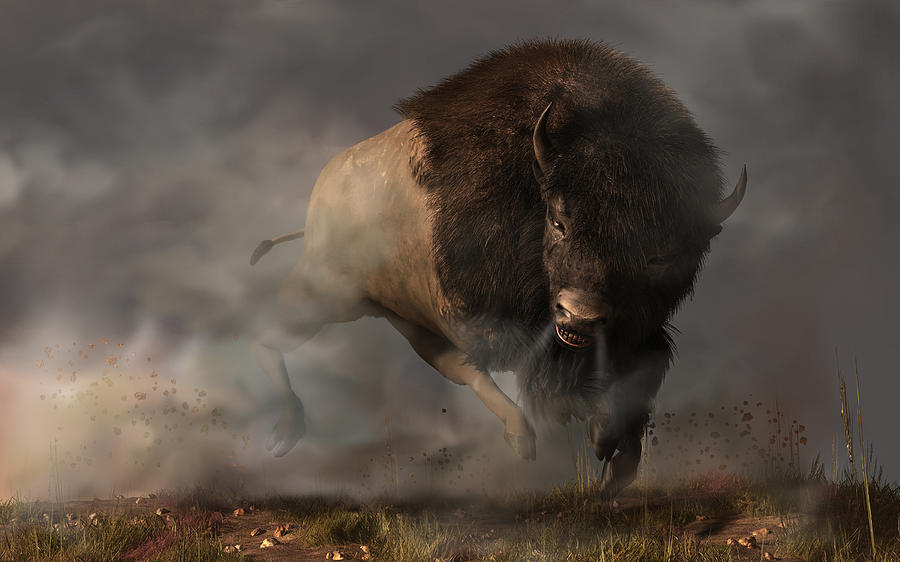 I’ve written about this secret before, and like I said it’s surprisingly simple.

It’s not some esoteric law (like the Law of Use) that you can trace back to ancient Egyptian tablets.

It’s not some hard-to-understand business metric or concept, either. Hell, it’s not even a fucking secret.

It’s very simple. In order to get whatever you want in life, you just have to realize one thing: it’s yours for the taking. 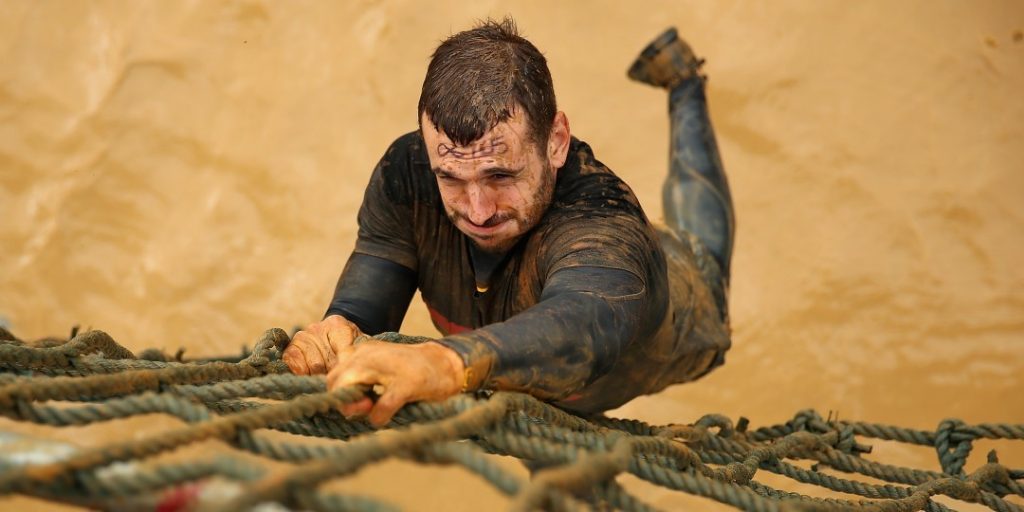 Whatever you want, it’s yours for the taking. No, seriously – don’t look at me like that. It’s the God’s honest truth, and there’s no way around it.

You can achieve all of things, with just a little bit of effort. Here’s all you have to do:

That’s all. You don’t need fancy charts and diagrams, you don’t need an MBA from Harvard, and you certainly don’t need any sort of crazy family wealth. All you need is the guts, grit, and courage to go out and get what you want. That’s all that’s necessary. 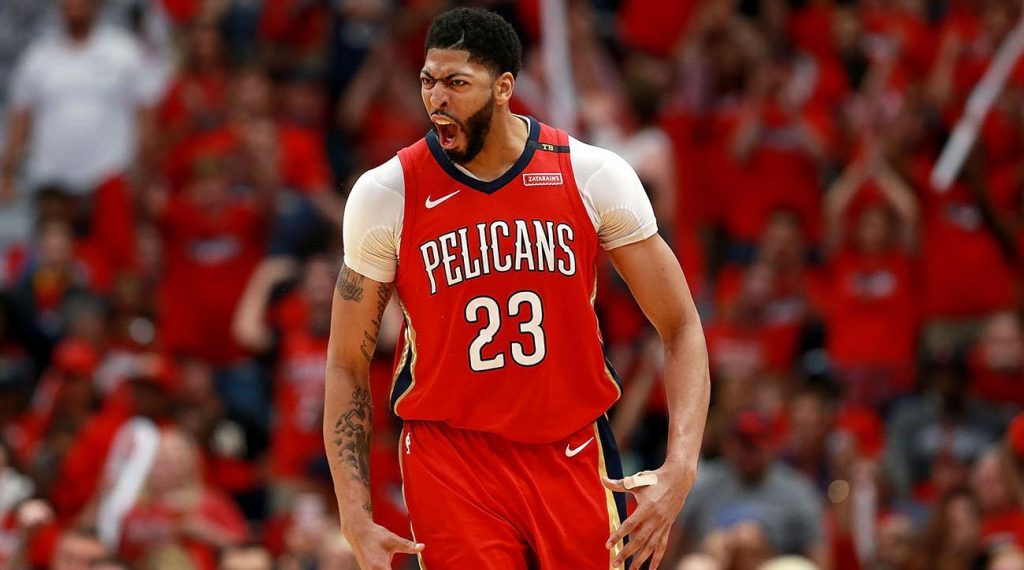 Then, there’s the motherfucking action takers. These are the guys that just take action. They don’t give a shit if something goes wrong, because they know it’s part of the process. They just get back on their feet, make a new plan, and take action.

So which are you?

What Do You Want? 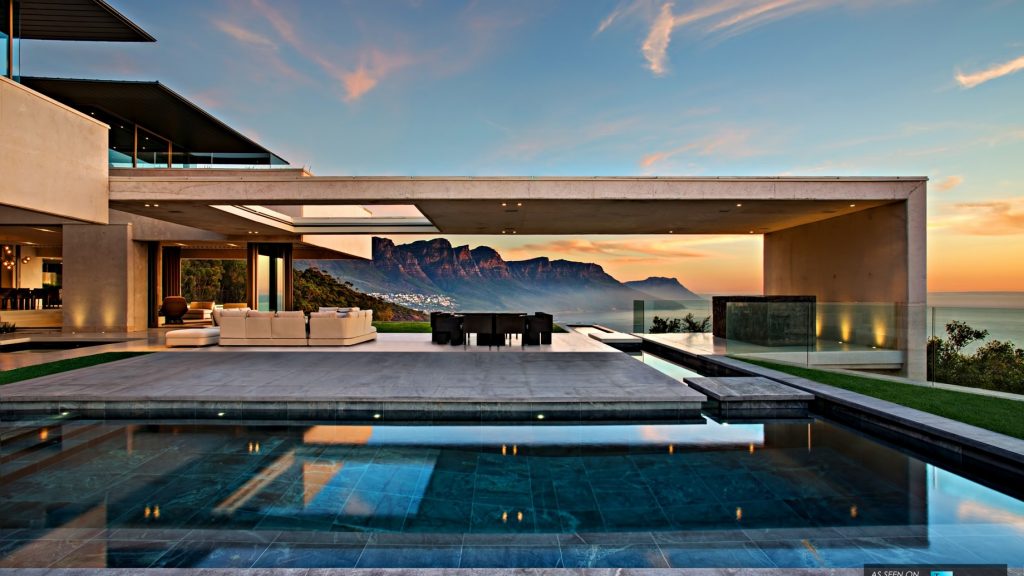 REALLY let it hit you on a deep, primal level. What is it that you want more than anything? An exotic, expensive, fancy sports car? Or maybe a slim girl to have on your arm?

Whatever it is, take the chance to visualize what you truly want. Got it? Okay, now let me ask you a simple, important question. How are you going to get it?

…and that’s exactly why you don’t have it. If you don’t even have a PLAN to go out and get something, then how the FUCK are you actually going to get it? You’re not. Return to step one, create a step-by-step plan for success, and execute on it. That is all. 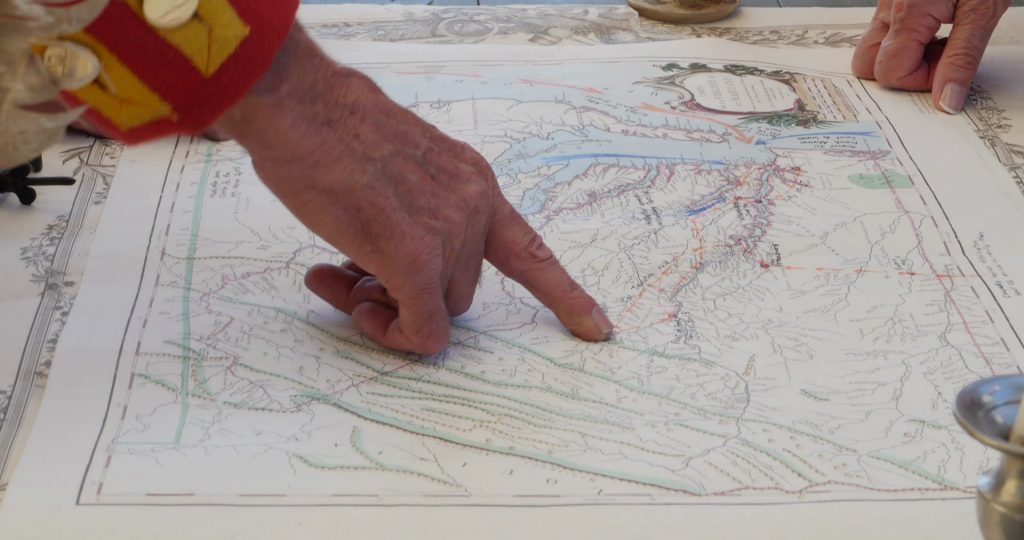 Step one is make a plan. This is where you need to start, because it is the only place to start. How are you going to get what it is that you want? I cannot tell you this. Only you can tell yourself.

Do you want to get good with women? Okay, then your plan should be the following:

That’s it. There’s literally dozens of free articles on this website alone concerning women; so why aren’t all men good with girls? It’s simple. They’re not motherfucking action takers, they’re pathetic complainers. They whine and whine and complain all day long, so much so that Shakespeare could write a tragedy about their lives.

Do you want to lose weight? Okay, then your plan should be the following:

It’s that fucking simple. You don’t need a god damn bachelor’s degree in medicine to take action. “B-b-but Jon, what if I don’t know where to start?” is a common objection. It doesn’t matter. Just start. You’ll fuck it up, and only be 10% accurate with your plan. That’s fine. It beats the hell out of 0% accuracy.

Try again, make it 15% accurate, then 20% accurate, then 25% accurate. Fail, fail, and fail again, until you get to 100% accuracy. This is how success happens—it’s not through some sudden epiphany, but rather through thousands, or even MILLIONS, of quiet, small, steps performed each and every single day. This is the slight edge at work.

Step 2. Execute on the Plan 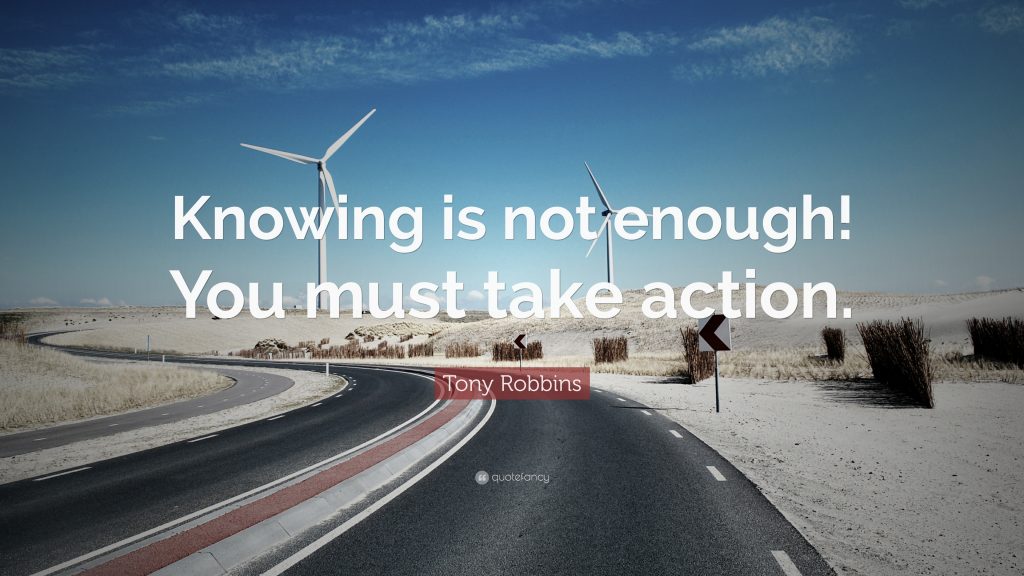 Step two, execute on the plan. It’s simple. Once you make a plan, start taking action and follow through with the steps. Just fucking do it. 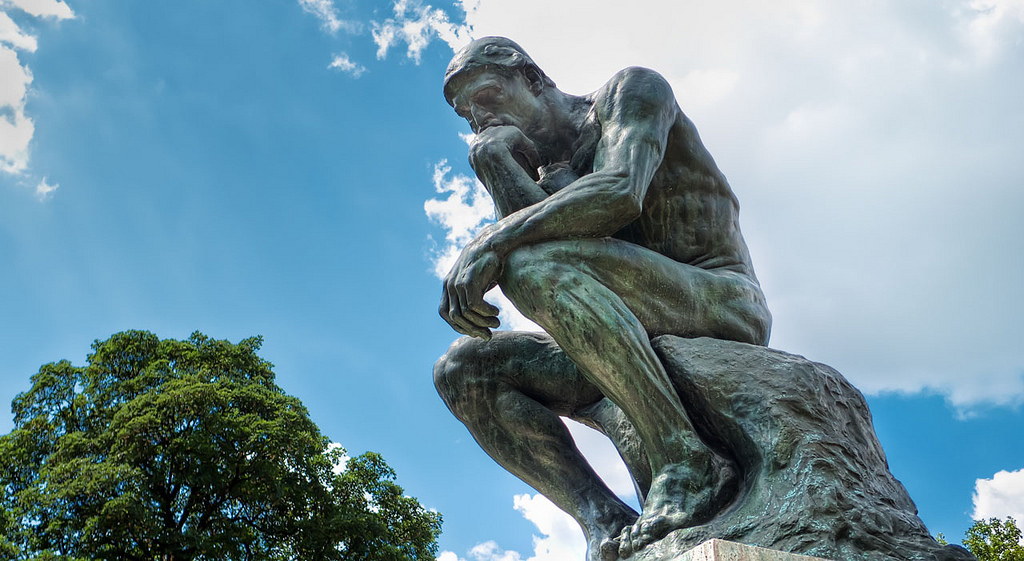 99% of you should be making a plan and taking action. Once you do this, you will get some feedback. Remember—failure and rejection do not exist. They are simply feedback.

Let’s say your goal was to build muscle. Did you expect to put on 15 pounds of muscle, but only put on 10? Okay, then change one of the following:

Do you see the point? Hopefully you do, because it’s quite simple. You make a plan. You act on the plan. You see whether you got what you wanted or not, and if not, which will be frequent, then you simply adjust your plan. That’s it. 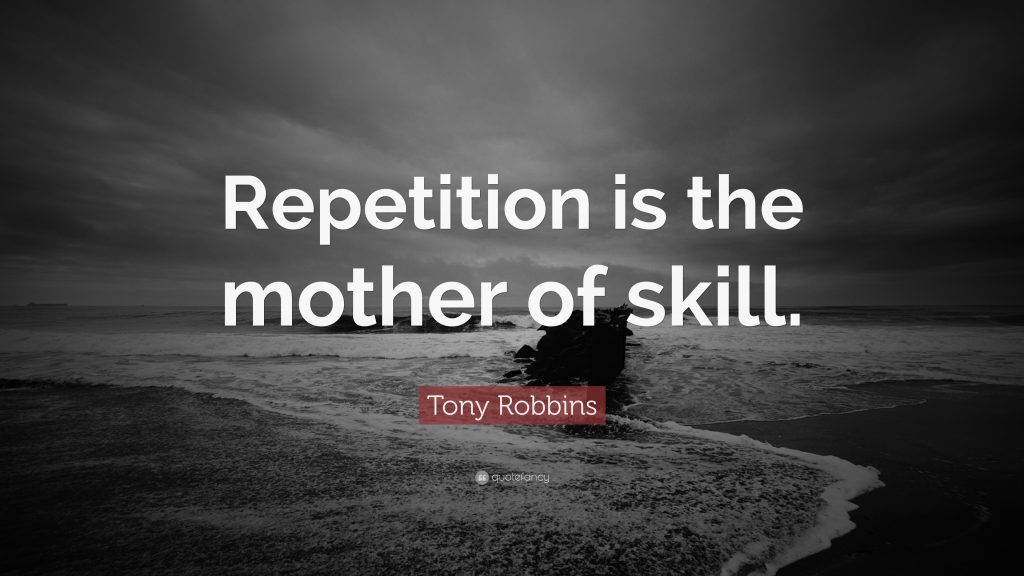 People have this delusional belief that success happens overnight. It does not. I don’t care who you are, where you’re from, or what your past is like—your success did not come out of nowhere.

Even if you inherited your success, it did NOT come out of nowhere. It came from years of work that your father put in, or that your grandfather put in. Success does not fall out of the sky. This is one of the lies that mainstream consciousness holds dear, to keep them stuck in their rut.

Now, fast forward to the third product I’ve released, and I made $10,000 the first day it came out. This is how success works. You make small, incremental improvements, and then it shows in your results. You integrate feedback, adjust your plan, and move forward with this new knowledge in mind.

DO NOT IGNORE THIS STEP. THIS IS CRUCIAL. Most guys will get a “sufficient level” of success, and will stop repeating, but do not do this. As Tony Robbins said, “The enemy of the great is the good.” Do not settle for anything less than you can accomplish. Do not settle for reiteration 3 or 4 of your plan. Take it to the nth degree. 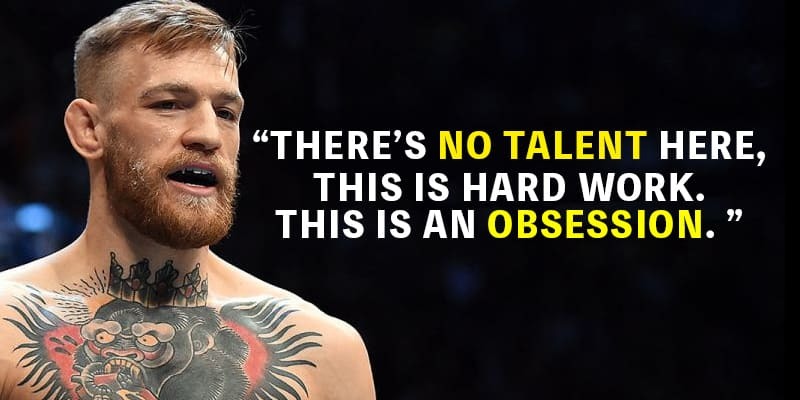 I can look a man in the eye, and in an instant, read him like a book. When a man is determined, he has a certain look. He is fierce like a tiger, strong like an ape, and indomitable like a rhinoceros. You either have it, or you don’t. So now is the time to ask yourself: do you have it?

Step one, make a plan. Step two, execute on the plan. Step three, integrate feedback into the plan. Step four, repeat. These four simple steps have made me hundreds of thousands of dollars online, and have been responsible for every single bit of my success. Here they are for you to follow.

After reading this post, I know that 99% of you will likely move onto something else. You will forget all about this, and continue living your shit, miserable lives. But to that 1% of you who refuses to quit, and who refuses to back down—I salute you, and this place, Masculine Development, will be your home.

Previous Post 4 Dirty Insider Tricks to Blast Through Your Gym PR’s Next Post Returning to the Fundamentals: Overview (Part 1 of 5)