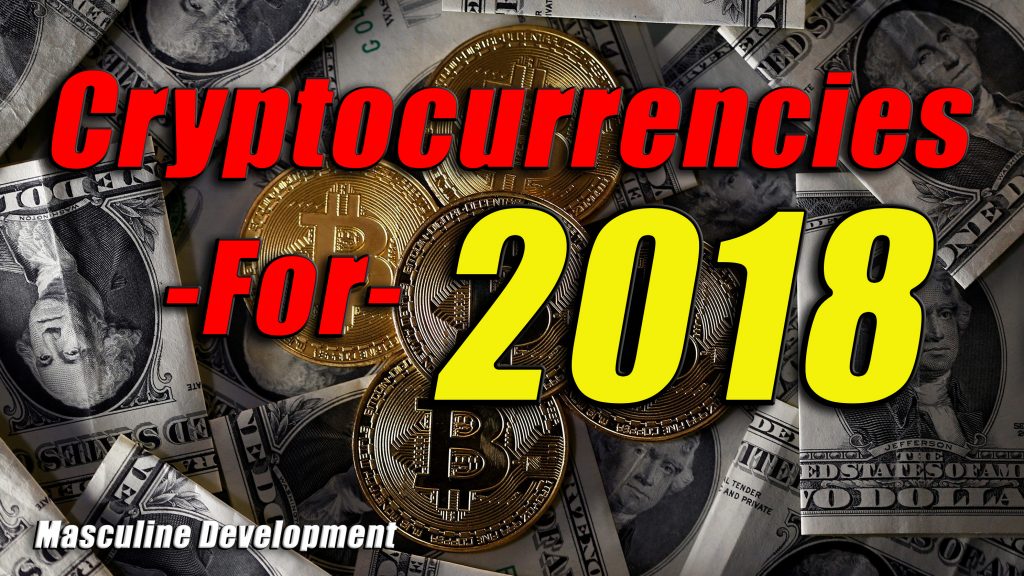 Table of Contents hide
1 Shitcoins Galore
2 Jon’s 6 Criteria
2.1 Does This Asset Add Value?
2.2 Are There Similar Assets Out There?
2.3 Does it Have Solid Fundamentals?
2.4 Does it Have a Competitive Moat?
2.5 Does it Have Good Leadership?
2.6 Does it Have the “X Factor”?
3 Parting Thoughts

There’s been a lot of talk about cryptocurrencies lately. After the massive surge in Bitcoin popularity we saw in late 2017, it seemed like everyone and his brother suddenly became a “bitcoin investor.” Unfortunately for them however, this all came to a screeching halt.

Pushed higher and higher by the shills over at MSNBC and Bloomberg, Bitcoin reached an unattainable high—and while many people lost thousands, if not millions of dollars, a select few intelligent investors were able to make a fortune.

Contrary to popular belief, Bitcoin is not dead. Bitcoin isn’t over, it’s not finished, and it’s certainly not going to be replaced anytime soon. In fact, Bitcoin is just getting started.

The real financial gains, however, lie within the lesser known alt-coins circulating the markets today…and in this article, I’m going to teach you the essential steps that you can follow to identify the next 1,000x return and retire very, very early. 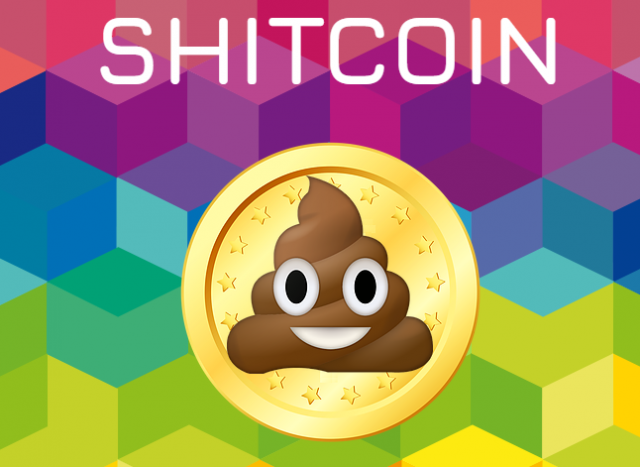 With the rise of cryptocurrencies in 2017, we saw a ton of new coins flooding the market. There was Bitcoin Gold, there was Bytecoin, there was ReddCoin, and there was Bitconnect Coin. Everywhere you looked, some idiot and his best friend were programming some new Bitcoin spinoff.

We call these coins “shitcoins,” for obvious reasons. While they may promise to give the user some sort of unique value proposition, the fact of the matter is that 99% of the cryptocurrencies out there are complete garbage and will likely go under, never to be heard from again, within a year or two.

So with this in mind, how do we tell which cryptocurrencies are good investments, and which are bad investments? Making a good decision can be incredibly overwhelming for even the most experienced investors out there, let alone for people just beginning to dabble in crypto.

Thankfully, it turns out that there’s a select few things you need to watch out for, and if you become a master at identifying these characteristics? You’ll retire very, very wealthy, at a very, very young age. 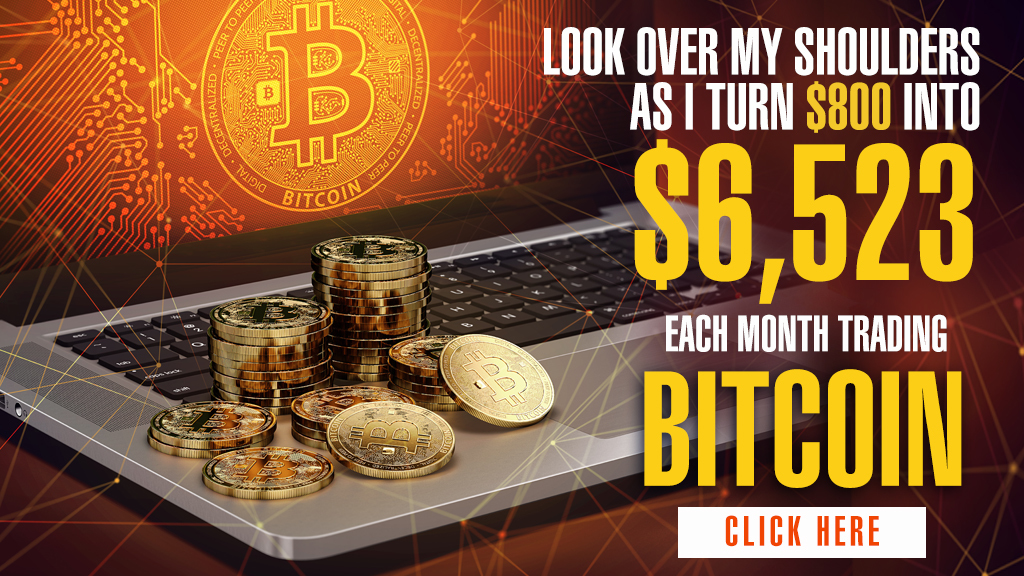 As many of you know, I’ve been working on a cryptocurrency trading video course that is soon to be released. And while I’m certainly going to save the best nuggets of wisdom for those willing to purchase the course, I’ve decided to share a few of my secrets with you so far.

In Module 5 of my course, I discuss how to tell the difference between good investments and bad investments. This applies not only to cryptocurrencies, but to ANYTHING—from stocks to real estate to startups. I go into way more detail in the course, but here’s a brief overview:

Does This Asset Add Value?

Take Ethereum, for example—a lot of people think it’s just another version of Bitcoin, but this is completely false. Ethereum adds incredible value, because it’s the first Turing-complete blockchain technology to be unearthed. In layman’s terms, this allows for smart contracts.

Ethereum’s fundamental value proposition is that it allows “smart contracts” to be made between businesses, freelancers, and customers. In other words, you can make a deal with someone—they fulfill “X” service or product, and you give them “Y” amount of Ethereum.

While this may not sound too groundbreaking, believe me when I tell you that it is. Utilizing this technology, nearly every single payment processor could be made completely obsolete, not to mention companies that link buyers and sellers together like Upwork, Fiverr, eBay, and even Amazon.

Are There Similar Assets Out There?

I would never invest in these, simply because there’s already too much competition in this space. Bitcoin is the biggest, baddest kid on the block, and you’re not going to become successful by simply copying the algorithm for it, and slapping another word in front of “Bitcoin,” and then calling it a new coin.

If you’re looking at an investment, and there’s already a million knockoffs in the space, it may not necessarily be a BAD investment—you can still make money with knockoffs, which is why people make them. That being said though, if you’re hunting for the hidden treasure chest of crypto investments, don’t buy into knockoffs.

Does it Have Solid Fundamentals?

When I first took a course on how to trade stocks from TDAmeritrade, I thought I knew everything. Funny enough, I actually didn’t know jack shit. There was one thing that they taught me though, that I still value to this day—and that was to analyze an investment’s potential using the financial metrics.

Good investments have only captured a very small portion of the total market cap, or the total number of money that could ever be involved in that market. So in other words, Bitcoin is a currency (most notably a cryptocurrency). The total market cap for currencies (AKA all currency combined) is roughly $100 trillion dollars.

Right now, Bitcoin occupies only $155 billion dollars of this space. In other words, it’s occupying only .15% of the total market cap—this is a PRETTY BIG FUCKING DEAL. What this means is that Bitcoin has barely even gotten started in occupying the world’s economy, and there’s so much room to grow.

This is why smaller market cap coins, such as Substratum or Civic are often the coins which offer the biggest returns. Compared to Bitcoin, they occupy virtually none of the total market cap, so there’s a nearly infinite amount of room for them to grow.

Does it Have a Competitive Moat?

One of Warren Buffet’s key questions to ask when considering an investment, is whether or not the asset has a competitive moat. All that this means in a nutshell, is that the business has a way of fending off the competition.

It doesn’t matter whether this “competitive moat” is customer loyalty (such as with Apple), distribution monopoly (such as Amazon), or simple popularity (such as Bitcoin), whatever it is that you’re considering investing in should have a competitive moat.

This becomes especially important in an emerging market, because in situations like this a true winner hasn’t really been determined yet. Sure, there’s Bitcoin, Ethereum, Litecoin, and some other “big coins,” but for the most part there’s still a lot of room for competition.

You want your investments to have a way of fending off the competition. It doesn’t matter what this method is, but what matters is that there is one—because you’d better believe that sooner or later, at some point in time, a competitor is going to rear its ugly head.

Does it Have Good Leadership?

The fifth question to ask yourself is whether the investment has good leadership behind it, or a serious vision. Think of the greatest companies of all time, that completely shook the face of the earth with their groundbreaking technologies and innovations.

Microsoft has Bill Gates. Apple had Steve Jobs. Tesla has Elon Musk. Steel had Carnegie, oil had Rockefeller, and cash had Rothschild. So what about Bitcoin, then? What does Bitcoin have? Well, it doesn’t have a leader…per say. But it has something very, very similar, and perhaps even better: a strong vision.

Bitcoin was created as a way to circumnavigate the current entrenched financial systems that gouge us of our hard-earned cash. Proponents of Bitcoin envision a world completely free of global banking cartels and government corruption, where the people rule the money…not the 1%.

When an asset has a vision, a goal, or a strong leader, it’s almost impossible for it to fail. What’s more, is that others become drawn to this investment like moths to a flame, once they realize the power of the vision at hand.

Does it Have the “X Factor”?

Here’s where things really get interesting. All good companies, assets, and investments have something that I like to call the “X Factor.” It isn’t something that’s tangible, and there’s really no cut and dry method of determining what this “X Factor is.” You just know it when you see it.

The “X Factor” is when you look at a company, and you think “Holy shit. This is going to be big.” It’s when people first saw the internet in the 1980’s, it’s when Henry Ford saw that the assembly line could do, it’s when Edison (or Nikola Tesla to be historically accurate) first saw electricity, and it’s when many people first saw Bitcoin.

The “X Factor” isn’t something that’s physical. Rather, it’s a revolutionary new concept built into the very fabric of the product. It’s a paradigm-shift that will be written about in the history books. It’s a new reality that’s never been seen before, and it’s something that’s going to change the world in ways never before imagined. 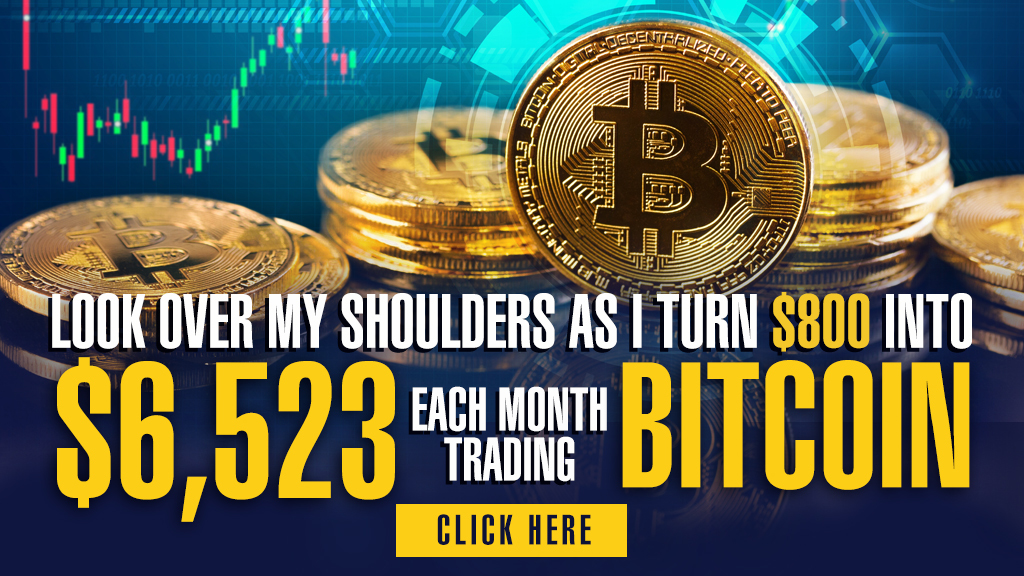 Even though this is only scratching the surface when it comes to value investing, this is certainly enough to get you started. The 10,000% returns are waiting out there just buried underneath a sea of inane cryptocurrencies and shitcoins promising benefits that they can’t deliver.

I recommend you read through my previous articles on investing in cryptocurrencies, and learn some technical analysis as well. Subscribe to my email list to stay in the loop on all of the latest investment opportunities I see, as well as discounts for my upcoming cryptocurrency investing course soon to be released.

Some of the major coins I have my eyes on for 2018 include Civic, Filecoin, Substratum, and a few others.Of course, I still have a large portion of money invested in the “big three” cryptocurrencies: Bitcoin, Ethereum, and Litecoin.

All in all, 2018 will be a very deciding year for folks—you can either walk home with more money than you could ever possibly spend, or you can walk home from your 9-5 job to your shitty house, your shitty wife, and your shitty life. The choice is yours, my friend…so choose wisely.

Previous Post Why Success is the Best Revenge (And How to Get It) Next Post Creatine Crash Course: The Only Guide You’ll Ever Need