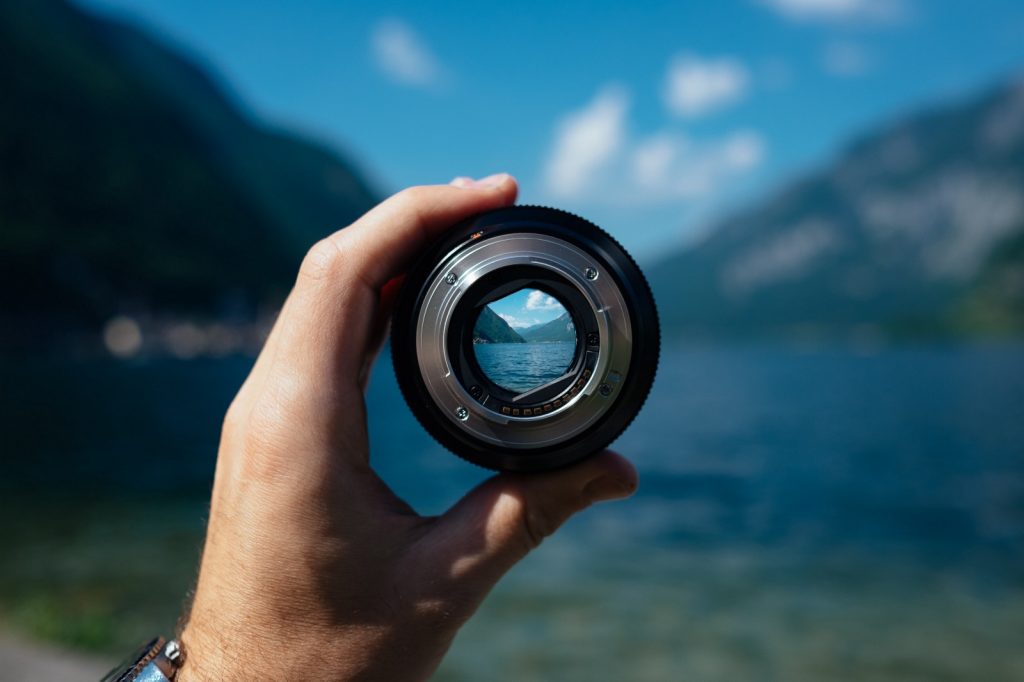 There’s a great opportunity in front of you, and you KNOW that you could achieve it.

BUT, for whatever reason, you just can’t seem to get the motivation you need.

You procrastinate… put it off… and eventually just decide to call it quits.

Well, if that sounds like you, then you NEED to read this article.

There is an epidemic in this country…

Everywhere I look, I see people with dreams; people with AMBITIONS! And yet, for whatever reason, they refuse to follow through.

My friends, my family, my peers… so many of them have incredible dreams, and can never achieve them.

Why is this? It’s because they lack motivation.

The ABILITY is there, but the WILL TO ACHIEVE is lacking.

Fundamentally, this comes down to a “brain wiring mismatch” known as the toward/away focus system. 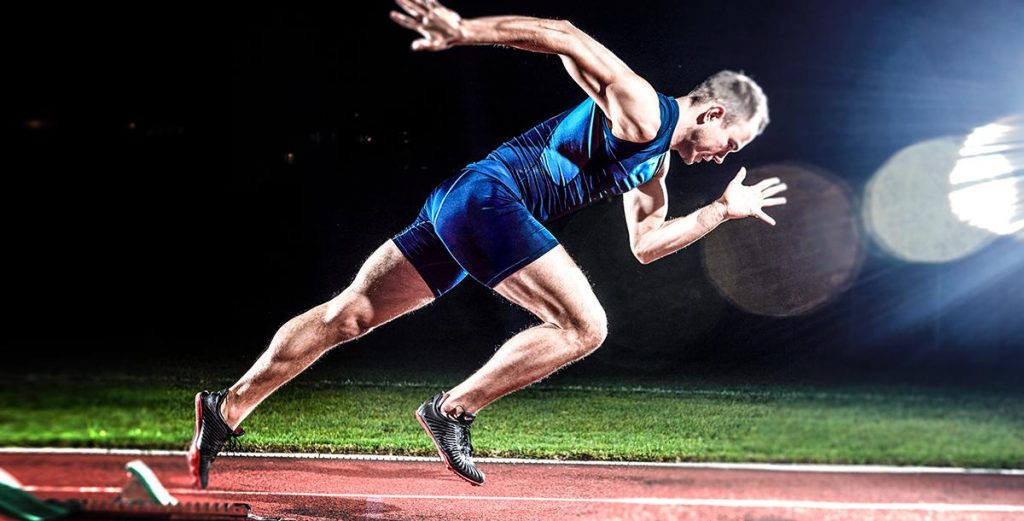 There’s two types of motivation out there, gents.

…and like many things in life, the bottom 95% of people have the wrong one.

The two types of motivation are “towards” and “away from” motivation.

To put it simply, the bottom 95% of people are motivated by NEGATIVES.

Nothing they do is genuinely because they WANT to do it, but rather because they want to AVOID something else.

If you want a recipe for disaster, it’s to have “away from” motivation.

Then, however, there’s the winners… the conquerors, and the guys making shit happen.

They have “toward” motivation, which is entirely focused on one thing: whatever the fuck you want.

They go to work to “make seven figures,” they hit the gym to “get shredded as fuck,” and they marry a girl because they “love her.”

Everything they do is driven by genuine passion and fire…

Now, answer me this very question: which are you? 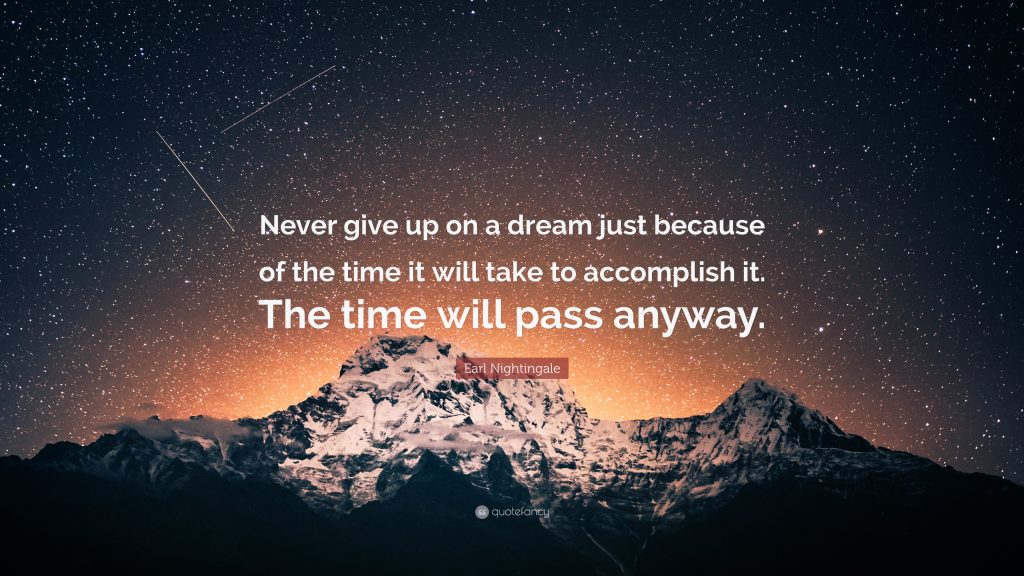 The most common type of motivation is “away from” motivation.

This is what drives most of the world.

…and to be fair, there’s a lot of good reason for this.

Do you want to lose your job and be homeless? Of course not. None of us do.

Do you want to end up old, fat, and alone? Of course not. So we try to avoid these things.

But there’s only one problem with constantly running “away from” certain things: you don’t know what you’re running TOWARDS.

This is why you hear so many people complain about their jobs, but never do anything about it.

Yet, when you press them to find a better job, what do they always tell you?

“Well, I mean, I guess I could…” and then they never actually DO IT.

Why? Because they have “away from” motivation. They aren’t focused on all of the possibilities that quitting their job could bring.

They’re not focused on how they might land a different job that pays 10x as much. They’re focused on what they’re running “away from.”

They continue wasting away their lives, not realizing that while they’re running away from something, they don’t have a clear direction. 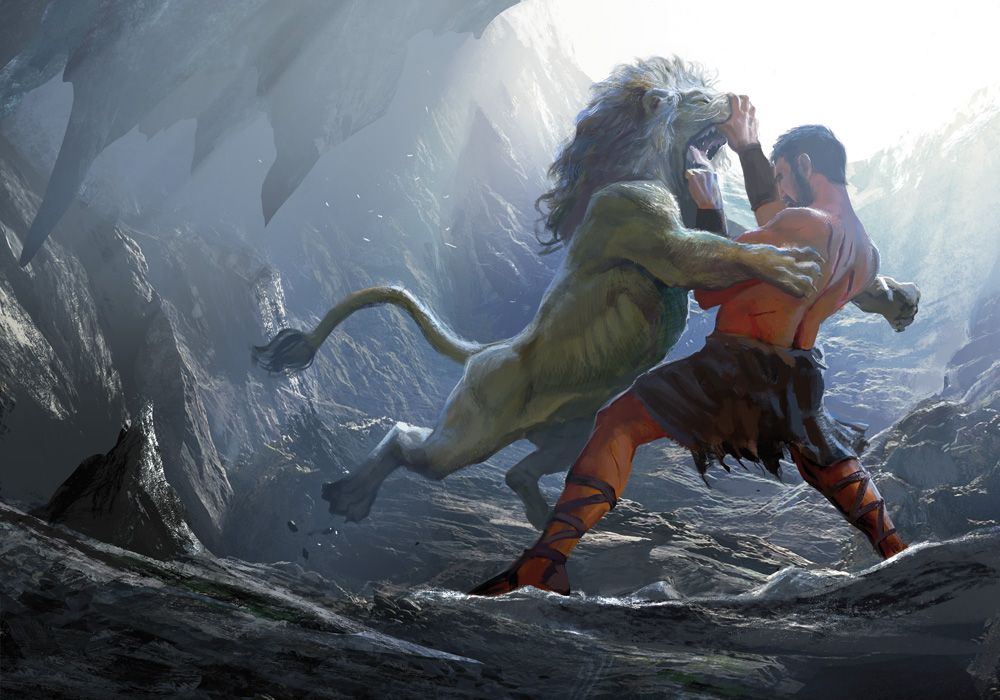 Then, on the other hand, there’s “toward” motivation.

These are the high achievers, the highly successful, and the serial entrepreneurs.

As I always say, 99% of success comes down to your mindset. This is perhaps the most critical shift you need to make.

If I could give you literally just ONE tip for success, it would be this…

Focus on what you WANT, and IGNORE what you don’t want!

When you simply focus on what you DO want, and the things that could go RIGHT, you have all the motivation that you need.

If you’re “struggling to be motivated” it’s because you’re worried about the things that could go wrong.

Of course, don’t completely IGNORE all of the bad things that could happen.

This is the optimal ratio of the truly successful.

If you’re a longtime reader of my blog, you no doubt remember the old “Jon vs. Jerry” articles I used to write.

I like to use this example to really flesh out how a difference in mindset can lead to MASSIVE differences in life.

So, let’s take for example, Jon and Jerry. Jon has the “toward” mindset, and Jerry has the “away from” mindset.

Both work at a job selling cars. They’re making about $45,000 a year, which isn’t terrible, but not at all what they want.

Now, here’s where the magic happens…

Jerry’s “Away From” Motivation

Jerry goes home from work, and he’s tired. He doesn’t want to feel uncomfortable, so he plops down in front of the TV.

He doesn’t really know what he’s LOOKING FOR and trying to ACHIEVE. All he knows is that he feels tired after work, and wants to disassociate.

So, he disassociates. He watches some Game of Thrones, maybe some Black Mirror, and whatever other Netflix shows are popular at the time.

Then, around midnight, he remembers that he has work in the morning.

Then he watches another hour of TV to avoid this pain… to AVOID thinking about his shitty life.

Then, finally, he goes to bed out of fear. “If I don’t get enough sleep tonight, I’ll be tired tomorrow… then I might not perform well, and could get fired.”

So, he gets his 7 hours of sleep (which isn’t ideal), and goes to work the next day.

For the most part, he repeats this pattern. He never actively SEEKS OUT anything in life, but rather just tries to avoid pain…

Thus, he lives a mediocre life, with a mediocre wife, and a mediocre job. Nothing special, nothing too unique. Poor, poor Jerry.

Jon gets home from work, and he’s also tired. Just like Jerry, he doesn’t like feeling uncomfortable, but he’s more focused on what he WANTS.

“Do you know what I would like?” he says to himself. “I would like to eventually quit my job and be financially free.”

He’s FOCUSED on being financially free. That’s what drives him—he’s fundamentally motivated “toward” what he wants, not “away from” what he doesn’t.

So, rather than watching TV to numb himself and run “away from” reality, he researches how to make money online.

Along the way he’s confronted with challenges, but he doesn’t dwell on them. Fundamentally, he’s motivated by his GOAL (financial freedom).

So, when the times get tough, Jon perseveres—he pushes through the pain, because he’s FOCUSED on the mountain of pleasure on the other side.

Thus, eventually, he succeeds. He starts making $5k/month from his Kindle eBooks, and that gives him enough income to quit his job.

The sky is the limit from there, but it all happened because he’s focused on what he wants…not what he doesn’t want.

The #1 Secret to Success 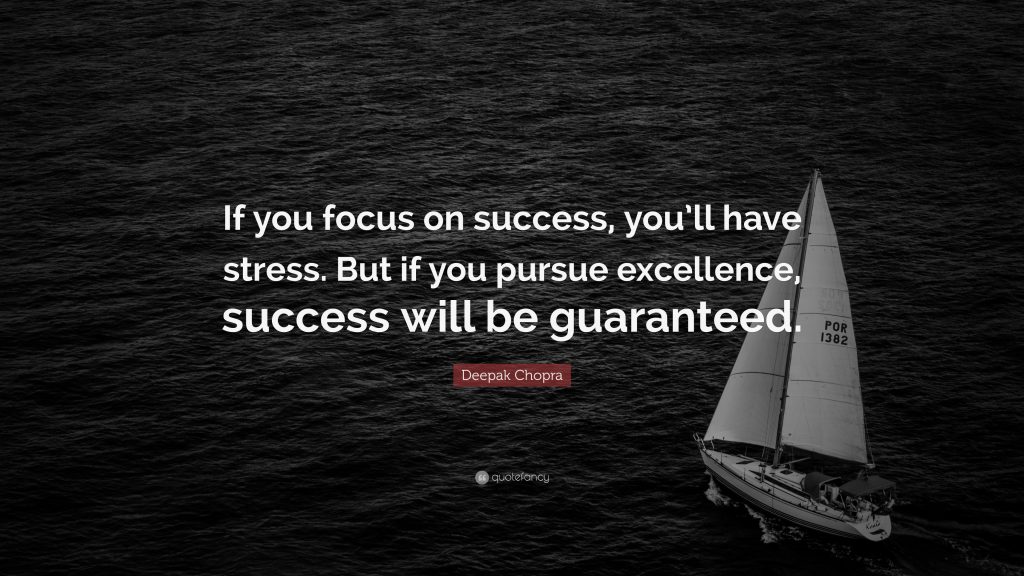 As I said before, if I could give you a single secret to success, it would be this…

STOP focusing on what you DON’T WANT. Don’t spend a second longer dwelling on your fears.

Instead, write down a list of the things you DO WANT, and take action to get them!

When you simply learn to focus on the positives, and ignore the negatives, you will be amazed at how quickly your life realigns itself…

I’ve used this technique to completely transform my life, and you can too. It’s all in your hands now, it’s just a matter of how well you apply it.

Until Next Time. -Jon 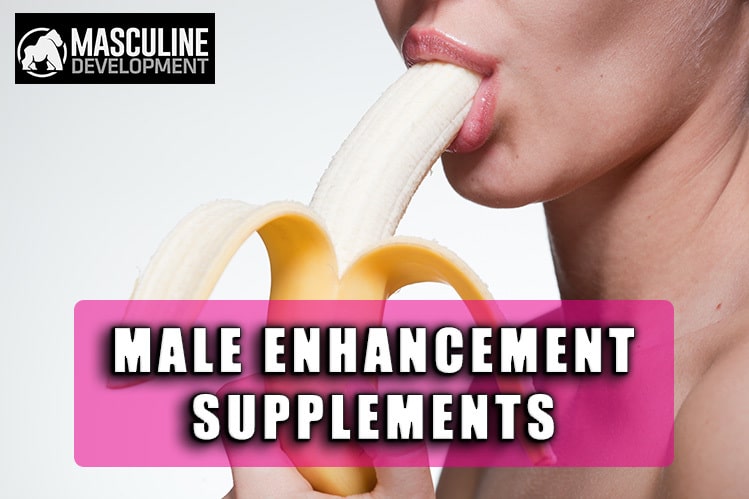 Anyone who’s been reading my blog for a while knows that I’ve wasted literally thousands of dollars on male enhancement supplements. …and supplements claiming to 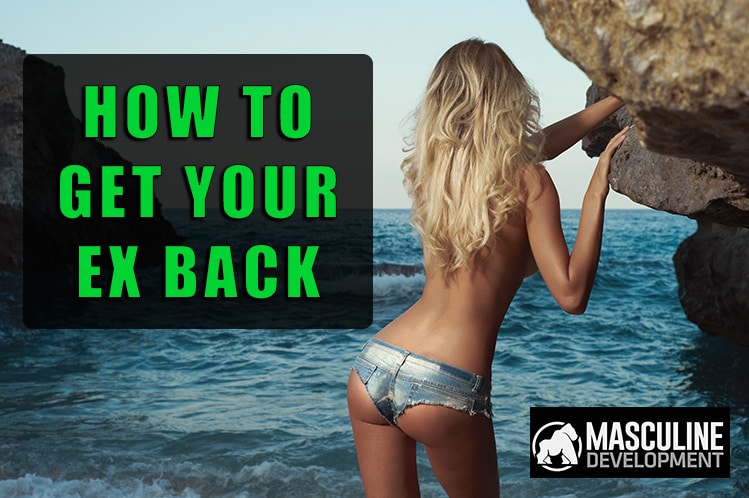 Google “How to get your ex girlfriend back” sometime. You’ll see all types of lies. “Just tell her you want a second chance,” or “apologize 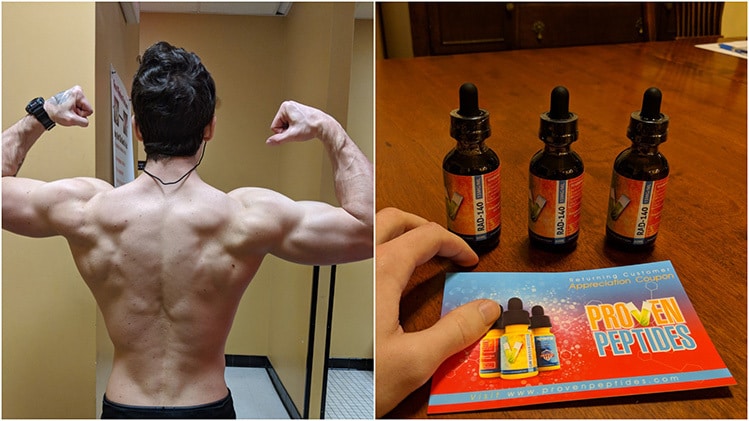 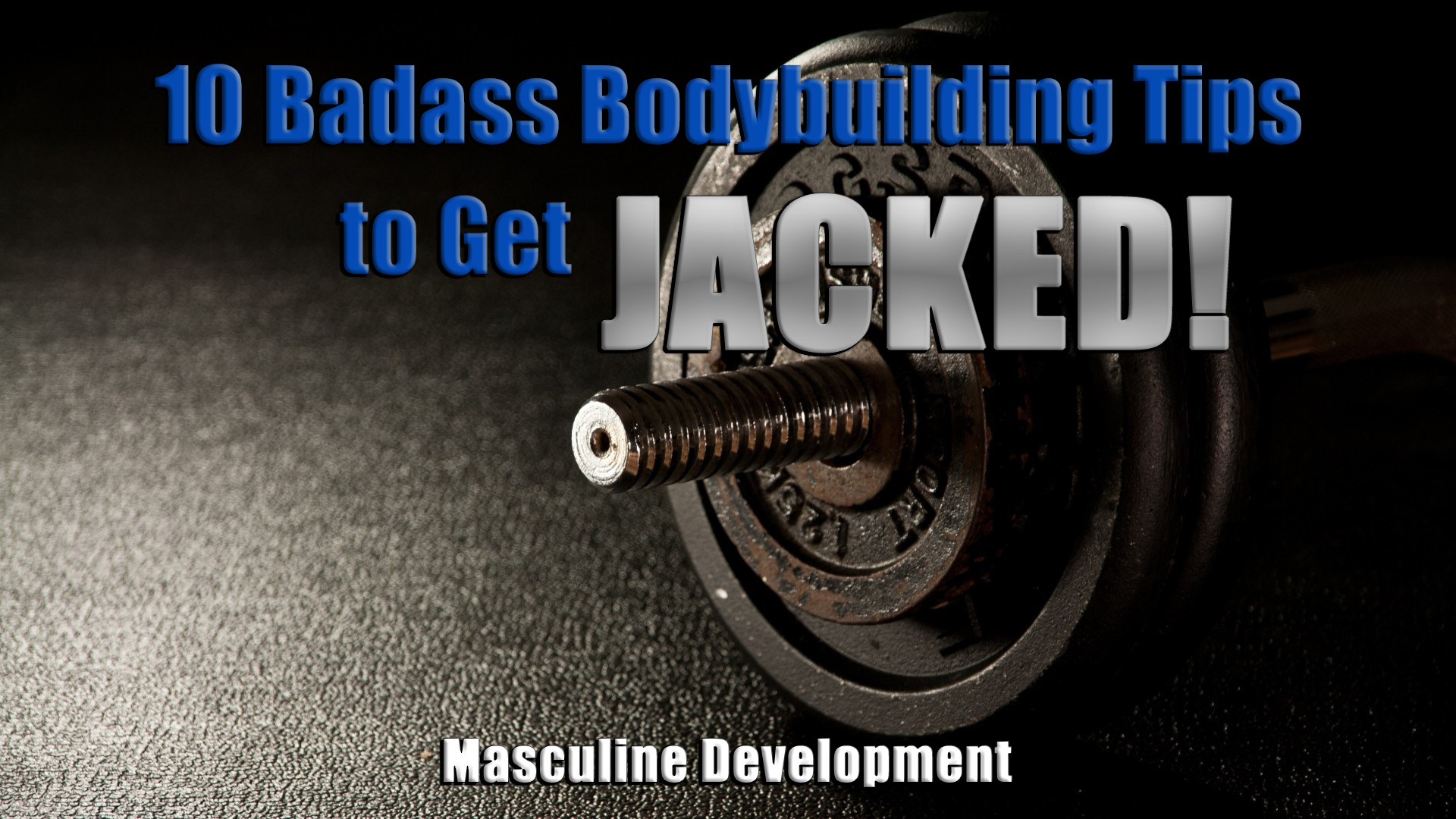 Bodybuilding is pretty fun. You get to lift weights like an animal, you get to eat tons of really great food, and you get to