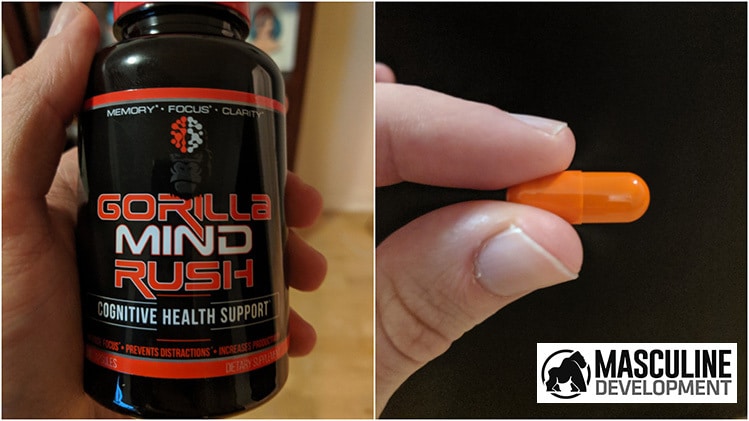 In this article, I’d like to present an honest review of Gorilla Mind Rush, and my experience after taking it for 1 whole year.

What Is Gorilla Mind Rush? 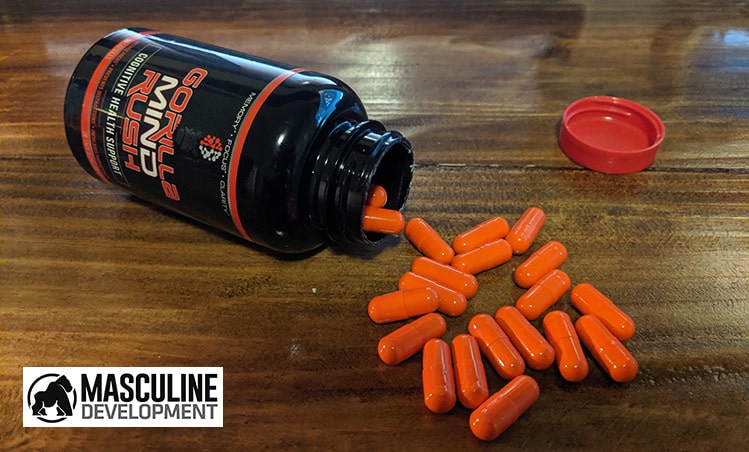 Put simply, Gorilla Mind Rush is a blend of nootropics. This is a fancy word for “smart drugs,” or drugs that make your brain work better.

This isn’t pseudoscience, either—as I’ve written about before, nootropics are clinically proven to enhance memory, focus, and more.

Gorilla Mind Rush is a “nootropic” that promises to enhance your focus, increase your productivity, and give you tons of energy.

Does it live up to the hype, though? In my opinion, yes. It’s got clinically proven ingredients that have actually been shown to improve focus.

For the past year, I’ve been taking two pills of Gorilla Mind Rush each day, first thing in the morning—and I’ve noticed a huge difference.

While it’s certainly not for people who are sensitive to stimulants, it packs a punch, and makes it super easy to concentrate and get shit done.

When I take Gorilla Mind Rush, I find that it drastically improves my focus, energy levels, and helps me “think outside the box.”

This is similar to modafinil, except it’s 100% legal… and for those of you wondering, yes, you can stack it with modafinil (more on that later).

My Gorilla Mind Rush Review is around a 10/10, not only because this supplement works, but because it’s a great deal for the money. 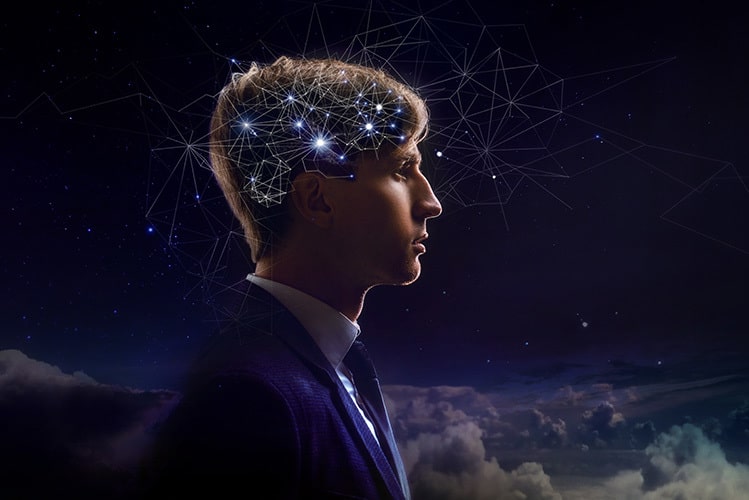 What it feels like to take Gorilla Mind Rush

Like I said, I’ve been taking this stuff for about a year, and I absolutely love it. I’ve stacked it with modafinil, kratom, and a ton of other stuff.

Here are some benefits of taking Gorilla Mind Rush:

This stuff is pretty strong, and it might take some time to find your ideal dosage, but once you get it you’ll feel like you’re on cloud 9. 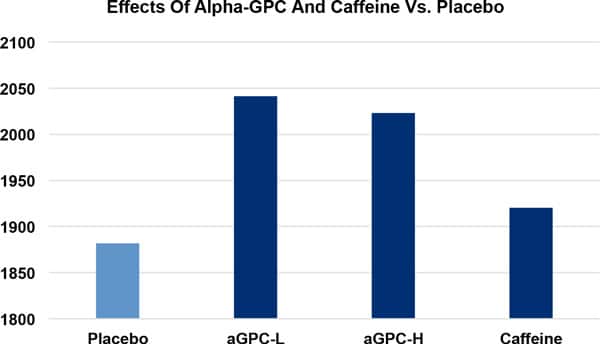 No Gorilla Mind Rush review would be complete without first analyzing the ingredients, and seeing if they’re backed by clinical research or not.

A lot of supplements out there are total scams. I’ve even been threatened with legal action for exposing some of these sketchy companies.

Gorilla Mind Rush is nothing like that, though. It actually has ingredients which have been clinically proven to work, like the following:

Most nootropics companies rely on low quality ingredients that have not been clinically proven, but thankfully, Gorilla Mind Rush doesn’t.

Let’s take DMAE, one of the ingredients in Gorilla Mind Rush, for example. Clinical studies have shown that it helps drastically improve your mood.

The study, conducted on 80 subjects, found that DMAE was linked to an increased “feeling of well being,” and to having a “better mood.”

“Analysis of the emotional change in mood profile as induced by the TV session was achieved by completing two different quenstionaires (POMS and Bf-S). Both scores revealed a better mood for the active drug group thus corroborating the results from EEG analysis. Therefore the vitamine-mineral drug combination containing DMAE can be interpreted to induce a psychophysiological state of better feeling of wellbeing on both levels of analysis mood and electrical pattern of brain activity in subjects suffering from borderline emotional disturbance.”

In layman’s terms, supplementing with DMAE helped the test subjects cope with very stressful situations, and it can help you do the same, too.

Alpha GPC, another ingredient in this nootropic supplement, has been linked to enhanced focus, increased energy, and even better memory.

One study, conducted by the Department of Kinesiology at Angelo State University in Texas, found that Alpha GPC had a huge impact:

To be fair, the subject group which performed the best supplemented with both caffeine and Alpha GPC, and thankfully, Gorilla Mind Rush has both.

Bacopa Monnieri, another ingredient in this nootropic supplement, is an extract from a plant native to Eastern India and North Africa.

It’s well known for its memory-enhancing effects, and as with everything else in Gorilla Mind Rush, has even been clinically proven to work.

One study, conducted at St. John’s Hospital & Medical Center in Detroit, Michigan, found it had a massive positive effect on memory:

“Our study further adds to the increasing scientific evidence supporting cognitive enhancement effects of Bacopa monnieri in humans. However, our study is unique in the aspect that it was done in a randomized, placebo-controlled trial on a group of individuals with already high cognitive abilities. Also Bacopa monnieri extract in the dose of 300 mg daily produced significant effect on some components of memory with only 6 weeks of administration.”

I could go on and on about the studies, but the bottom line is that the ingredients in this product are proven to work—hands down.

How to Take Gorilla Mind Rush 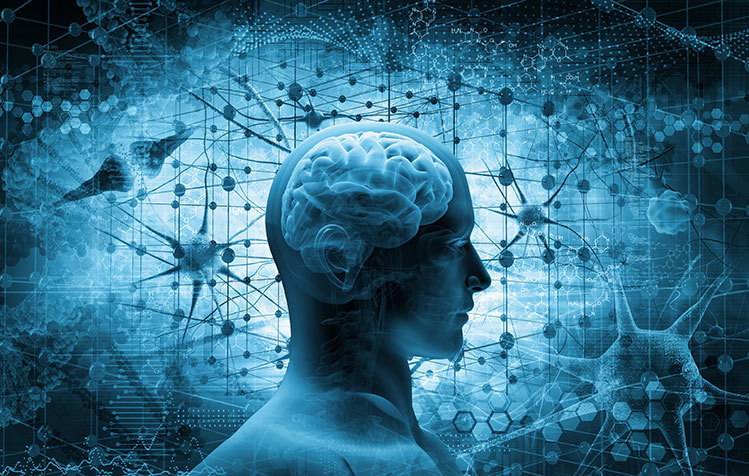 When you first try this nootropic supplement, keep in mind that it’s VERY strong. Just one pill has as much caffeine as a small cup of coffee in it.

If it’s your first time, start off with just one pill of this stuff, and then see how you feel in an hour. If you feel good, try taking two pills.

Gorilla Mind Rush is very strong, so you can expect to feel a huge difference in your focus, energy, and productivity, with just 1 pill.

After taking your first dosage, you’ll start to feel it kick in after about 15-20 minutes, and it will be hitting you full force after about an hour.

Again, be sure to start off with ONE PILL, and don’t combine it with anything else if it’s your first time (save that for later). 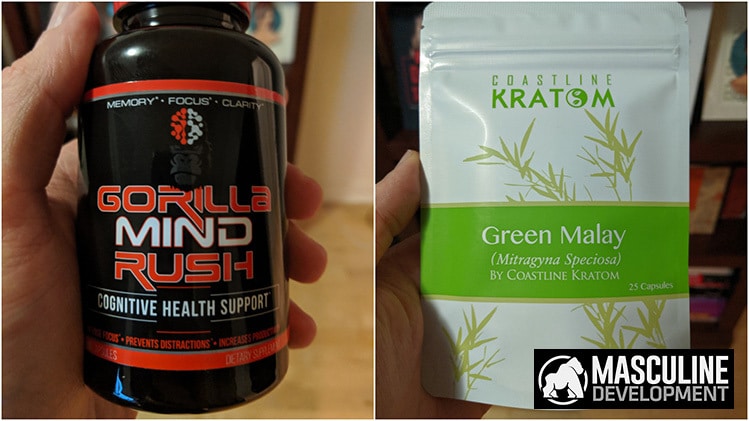 Now, if you’re an experienced bio-hacker, you’re probably looking for another product to blend with this one, for even more benefits.

If that’s the case, I’ve got you covered. I’ve experimented with dozens of nootropics over the past few years, and here are my thoughts.

It already has caffeine in it, so taking it with some coffee will just enhance the effects. It’s with the other stuff that things get interesting. 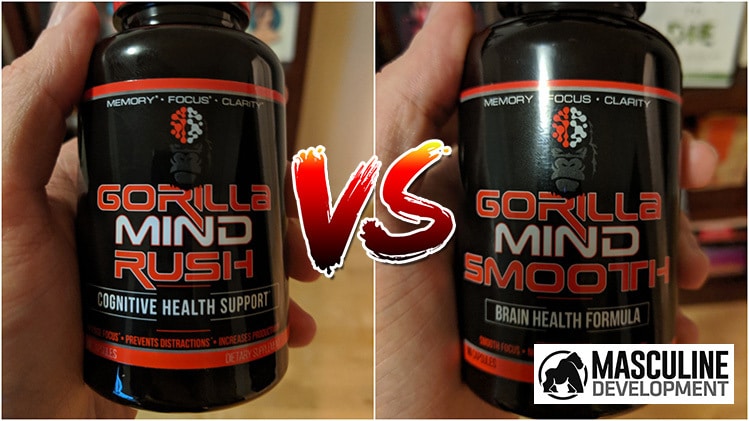 For those of you who are sensitive to stimulants, and just want a way to boost your brain without caffeine, consider Gorilla Mind Smooth.

Gorilla Mind Smooth has all the clinically proven ingredients that Gorilla Mind Rush does, but just without the added caffeine.

I still feel great when I take Gorilla Mind Smooth, but it doesn’t have that added “kick” that Gorilla Mind Rush has from the stimulants.

Either way, I keep fully stocked with both of them. They’re great in a pinch, to get stuff done. Just take a couple of pills, and WHAM! Instant focus.

If it’s your first time taking this supplement, don’t combine it with any other nootropics, smart drugs, pre workout, or any other supplements.

If you start with just one pill, and then maybe go up to two, you should be fine. It’s when you go beyond this that you might have problems.

Potential side effects of taking too many stimulants are:

Pretty much any stimulant can cause these side effects, when taken in excess, whether it’s caffeine, modafinil, or the ECA stack.

Like I said, start off with one pill, and if you feel good, then consider moving onto more. Don’t try stacking it with anything until you’ve done this. 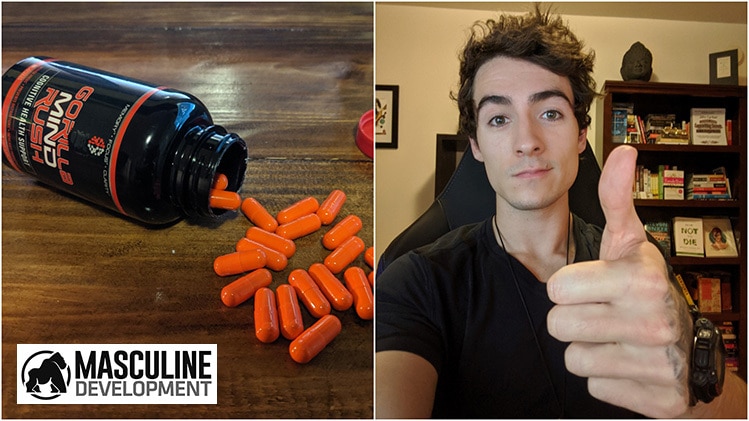 All in all, Gorilla Mind Rush is quickly shaping up to be one of my favorite nootropics. I use it almost every day for focus and energy.

It has clinically proven ingredients like Alpha GPC, DMAE, L-Tyrosine, and more, so you can rest assured that your brain will be firing on all cylinders.

If you want, they’re currently having a sale, where everything is 25% off. So, if you’re considering trying it, get it while the getting’s good.

I hope you enjoyed my Gorilla Mind Rush review. If you have any questions, let me know down below—and I’ll see you around next time!

❓ What Is Gorilla Mind Rush?

Gorilla Mind Rush is a nootropic supplement that has ingredients meant to improve your concentration, give you more energy, and enhance your mental focus, without the crash that often comes with other nootropics.

❓ What Ingredients Are In Gorilla Mind Rush?

Gorilla Mind Rush has a formula blend of several different nootropics, such as caffeine for energy, Alpha GPC for crazy focus, Black Pepper Extract for better absorption., and much more.

Coastline Kratom Review: Are They The Best Kratom Seller in 2020?