My Story (The Ugly Truth)

My Story
(The Ugly Truth)

How A "Lazy, Big-Mouthed" College Dropout Became One of the
Most Wildly Successful Lifestyle Bloggers on the Planet...

How A "Lazy, Big-Mouthed" College Dropout Became One of the Most Wildly Successful Lifestyle Bloggers on the Planet... 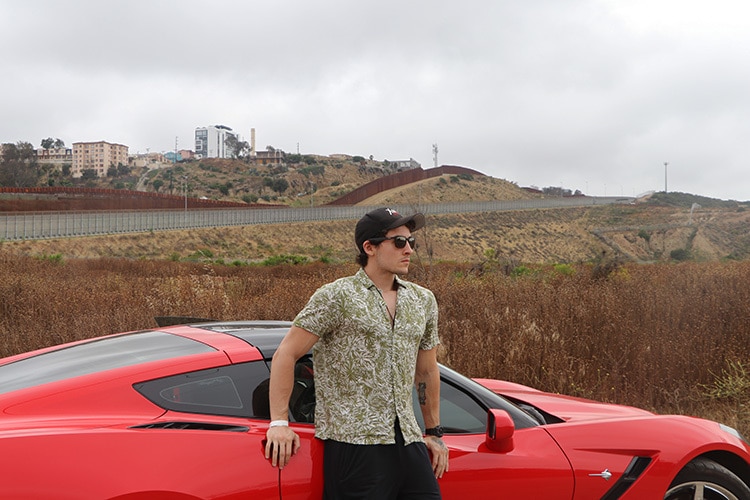 My name's Jon Anthony, and I've been featured in some of the biggest websites out there.

In 2015 I Was Desperate. Flat Broke, and Struggling to Scrape By.

I was going to college, as a philosophy and mathematics "pre-law" double major, but I quickly found out that the regular "work grind" wasn't for me.

After all, why would I want to work to make someone ELSE rich?

So, I ended up dropping out of college, with nobody to support me but myself.

In fact, I was so embarrassed about it, that I hid it from my parents for months.

(They know now, and we are on very good terms, of course)

At the time, I had NO CLUE how I was going to support myself, but I was determined to find a way. I was NOT going to be a fucking office slave for the rest of my life. No way in hell.

So, after a slew of online gigs and side hustles that didn't work, I asked myself one very important question:

"How can I start making money with what I'm good at?"

"I'm good at fitness," I thought. "I love self-improvement, too."

So then, it dawned upon me.

Why not start a blog, where I share what I've learned with others?

What better way to make a living, than by helping men across the world?

I was confused as HELL at first, but I'd seen others make a killing from their blogs (guys like Victor Pride, Good Looking Loser, and Mike Cernovich).

So, like the headstrong man I am, I set out to learn. Whatever it took.

It wasn't easy at first. In fact, it was HELL at first.

At one point I was so far behind on rent, and so broke, that I was literally living off of protein shakes and donuts (that's all I could afford).

I remember being in bed, late at night...

Not being able to fall asleep, because I was TERRIFIED.

...but again, I was determined as hell.

And it finally paid off.

After a couple of years, I started to crack the "blogging" code.

Then, in 2020, after years of hard work, everything started to click, and I started making upwards of $30,000 per month from my blog.

In fact, here's some screenshots so you know I'm the real deal -

Needless to say, life is pretty good these days.

After throwing myself into the abyss, with one singular goal (to make it big), after YEARS of struggle, I was finally able to make my dreams come true.

In fact, my blog ended up becoming SO successful and profitable, that I had a ton of dudes asking me to make a course on how to do it.

(Which I made, and you can click here to learn more about)

Now I spend most of my time managing this blog, working out, helping other men grow THEIR blogs, and going on as many vacations as I can.

After mastering the areas of fitness, dating, money, and lifestyle, I now aim to teach it to other men seeking to learn (because yes, these are skillsets, and you can LEARN them).

So, if you're ready and willing to learn, go read through this blog, and see what area of your life you want to start mastering first.