5 Ways to Add Some Extra “Edge” to Your Style 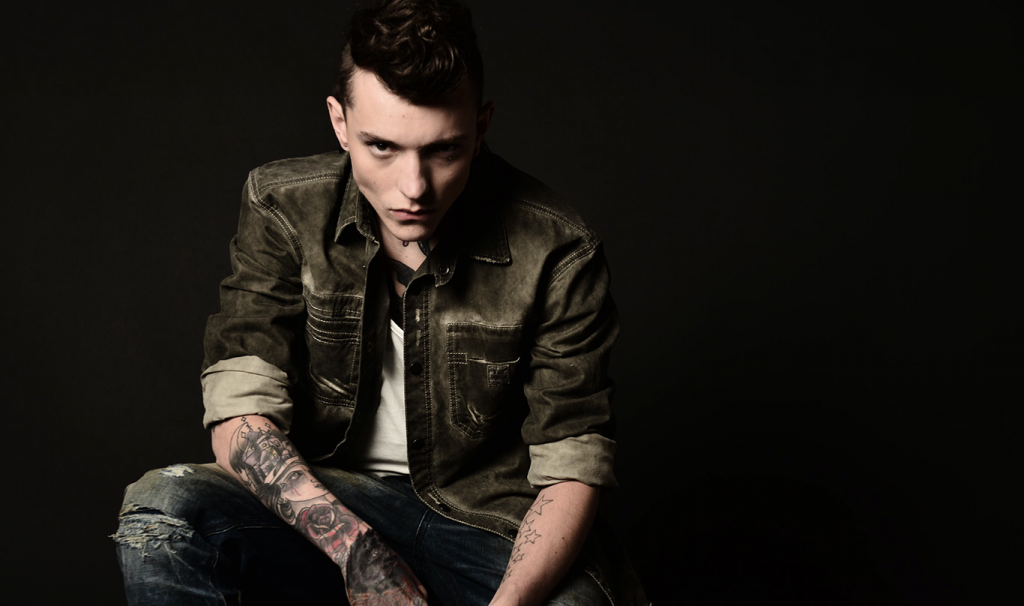 Table of Contents hide
1. Buy A Leather Jacket
2. Get A Necklace
3. Get Inked
4. Get Leather Boots
5. Get Some Cool Sunglasses
The Bottom Line

If I asked you right now, if you wanted either a Lamborghini or a Toyota Camry, which would you choose? Obviously you’d take the Lamborghini. So why is this? Well, it’s because we all recognize on some level that appearances matter…at least for the first impression.

So if we acknowledge that a first impression is important, why do so many men refuse to get their shit together when it comes to making a good impression on women? When you first meet a girl, the way you’re dressed and the accessories you wear can literally make or break you.

In my experience, game is king—but appearance is an often overlooked component of getting girls. Especially when it comes to younger women (the 18-22 year old bracket), appearance is often valued more than social status or other SMV characteristics.

“So how do I maximize my appearance, Jon?” becomes the next logical question. Well there’s a lot that you can do, but fortunately looking like more of a “bad boy” isn’t that hard. In fact, there’s a few quick fixes you can make to your appearance that will INSTANTLY add some edge. Here they are.

Every guy who’s serious about learning game should have a leather jacket in his wardrobe. Maybe it’s the fact that every badass movie character over the past five decades has worn one, or maybe it’s just really good branding, but you can’t deny it. Men who wear a leather jacket look tougher for some reason.

If you can afford it, I recommend getting a designer brand leather jacket. Something like this will last you for literally YEARS, unless you suddenly bulk up and gain 30 pounds of muscle (which may happen if you get on SARMs). Otherwise, you can get some relatively inexpensive leather jackets on Amazon.

Wearing a necklace is a very easy way to make yourself stand out from other men, and while some of them are pretty expensive, you really don’t have to spend that much on these. One of the first necklaces I bought with the intention of adding some edge to my style was this one right here, and it cost me almost nothing.

Whether it’s a dog tag, a shark tooth, or some sort of jeweled pendant doesn’t really matter. What matters is whether or not it fits your style. Often times you’ll find that you can look good with any number of different accessories or jackets, but what’s key is how you match them.

Protip: it may be a good idea to take your necklace off during sex. I find that when I bang a girl while wearing certain necklaces, it can dangle in her face and be annoying.

It should come as no surprise that girls LOVE when a guy has some tattoos. Again, just like the leather jacket, something about having a tattoo just screams “bad boy.” Of course, you’ll have to back your edgy appearance up with legitimate confidence and solid game, but even so getting a tattoo won’t hurt.

Just to be clear, I don’t recommend getting a tattoo just for the purposes of getting laid. This is absolutely retarded and anyone who does this is a moron—putting hundreds of dollars worth of permanent ink onto your body just to get some pussy is stupid, and you are a complete beta male bitch if you do so.

That being said, I got my first tattoo when I was about 19 years old, and girls love it. I noticed that whenever I’d wear a shirt exposing it at the gym, I’d get at least twice as many girls checking me out. Again though, I didn’t get it for women—I got it for me. The IOI’s were just an added benefit.

I’m a shorter guy, coming in at around 5’8″ but that doesn’t stop me from banging tall chicks. In fact, it’s pretty common for me to go out and pull a girl who’s at least an inch or two taller than me (even more in heels). How do I do it? Well, having solid game and not giving a fuck helps, but so does having some leather boots.

Again, like many of the things on this list, leather boots just seem to have “badass” written all over them. It doesn’t really matter if they’re black leather boots, brown leather boots, or even just combat boots in general—having a nice pair of boots can work wonders for your wardrobe.

I snagged myself a nice pair of diesel leather boots a few months ago, that would’ve normally cost upwards of $500. Again though, if you can’t afford designer brands, don’t sweat it. There’s plenty of great leather boots you can get on Amazon for relatively inexpensive prices. Try not to cheap out though, because quality shows.

5. Get Some Cool Sunglasses

Again, it’s so cliche that it hurts—but even so, guys hardly ever listen. How easy is it to just get a cool pair of sunglasses and wear them around with you? It’s very easy, relatively inexpensive, and can make a world of difference in how you come off to girls. How many guys do it, though? Not that many.

For sunglasses, it may be best to check out your local Sunglasses Hut and try some on. There’s a science behind choosing the right sunglasses that complement your face, so you should spend some time trying on a bunch of different pairs, until you finally land on one that complements your face shape perfectly.

Regardless of your face shape though, there are some sunglasses that are truly bonafide badass classics. Take, for example, the Ray Ban Aviator Sunglasses—find me a badass blowing up shit in a movie who ISN’T wearing these. It’s impossible. You can’t do it. Protip: cool guys don’t look at explosions. 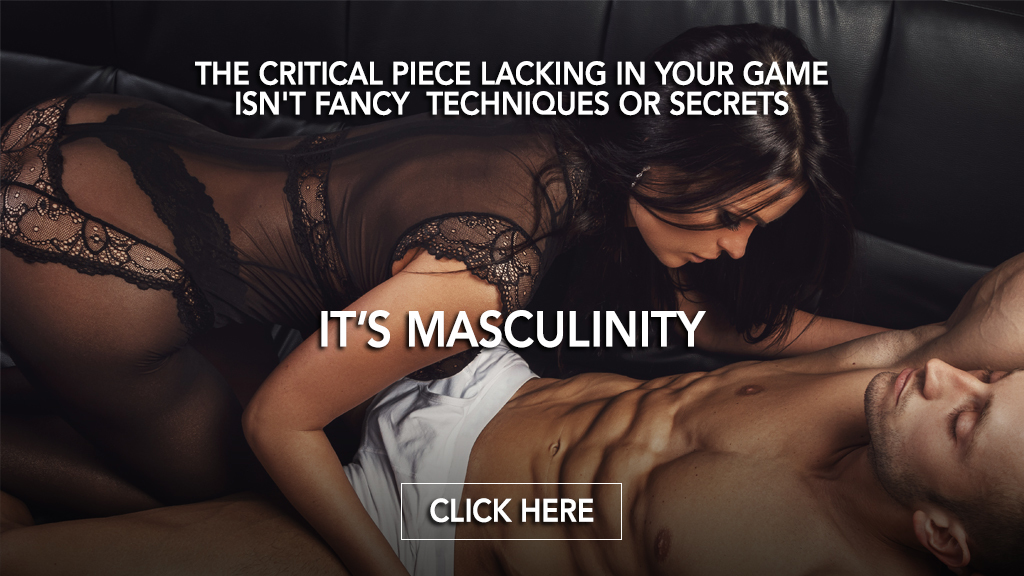 Personally, if you want the biggest bang for your buck, I’d go get a nice leather jacket. Again, if you can afford it then consider going to a brand name store like Diesel, Nieman Marcus, or Saks Fifth Avenue, but if not it’s no big deal. You can get some great leather jackets at Zara’s, for example, at ridiculously low prices.

Remember that adding some edge to your style will definitely make you more attractive, but it will also draw more attention to you. So if you have low self-esteem, don’t have any game, and are a scrawny little weakling, it may be a good idea to start improving those things as well.

If you’re looking to really take things to the next level and get your game handled once and for all, then CLICK HERE and learn how to 10x your attractiveness to women. All the fancy trinkets and edgy style won’t do anything if you aren’t a masculine man.

I hope that you guys enjoyed this quick guide to getting an edgier style, and if you have any questions, comments, or concerns, feel free to leave them down below—I’ll do my best to respond in a timely manner. As always, get out there and get a better life…and I’ll see you next time!

Lol I’m still reluctant to get Tats and I was in the military but I never judge those who do. I have a nice steel jewelry collection and I get compliments from women quite a bit. Women do love accessories especially if they rock them.

Dude yeah, I love motorcycle boots. I got a great pair recently and wear them all the time (even to the gym, they help with foot support for squats).

If they were only available in Australia… *sigh 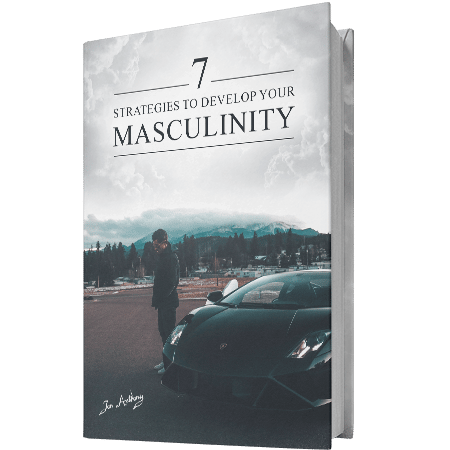 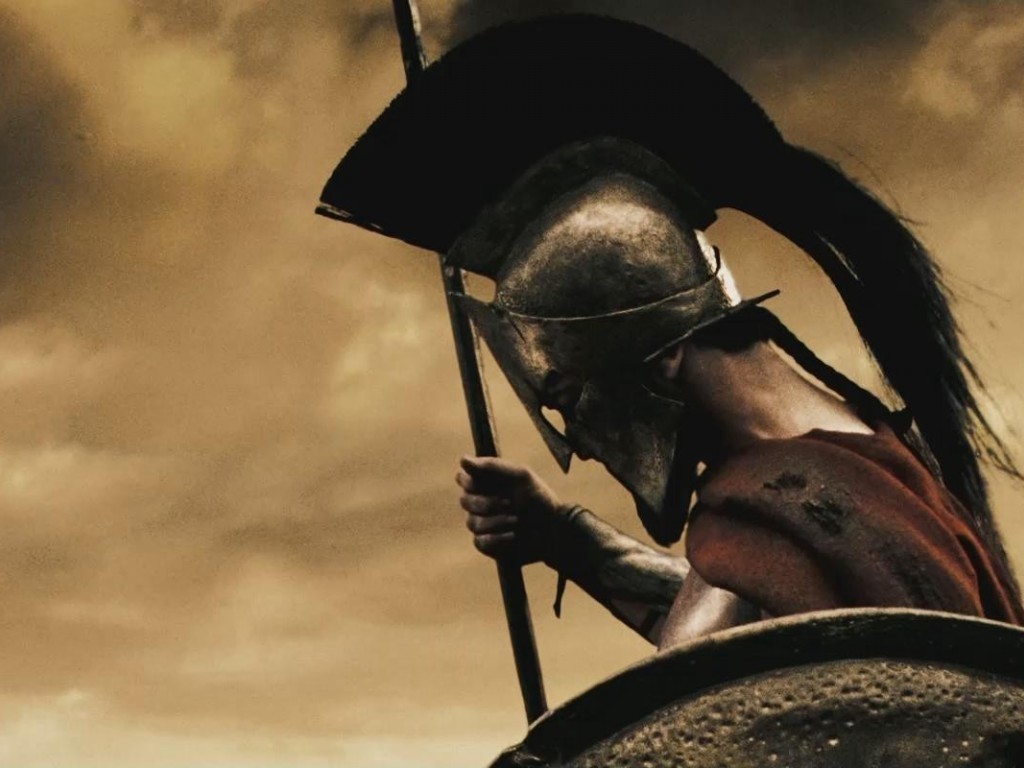 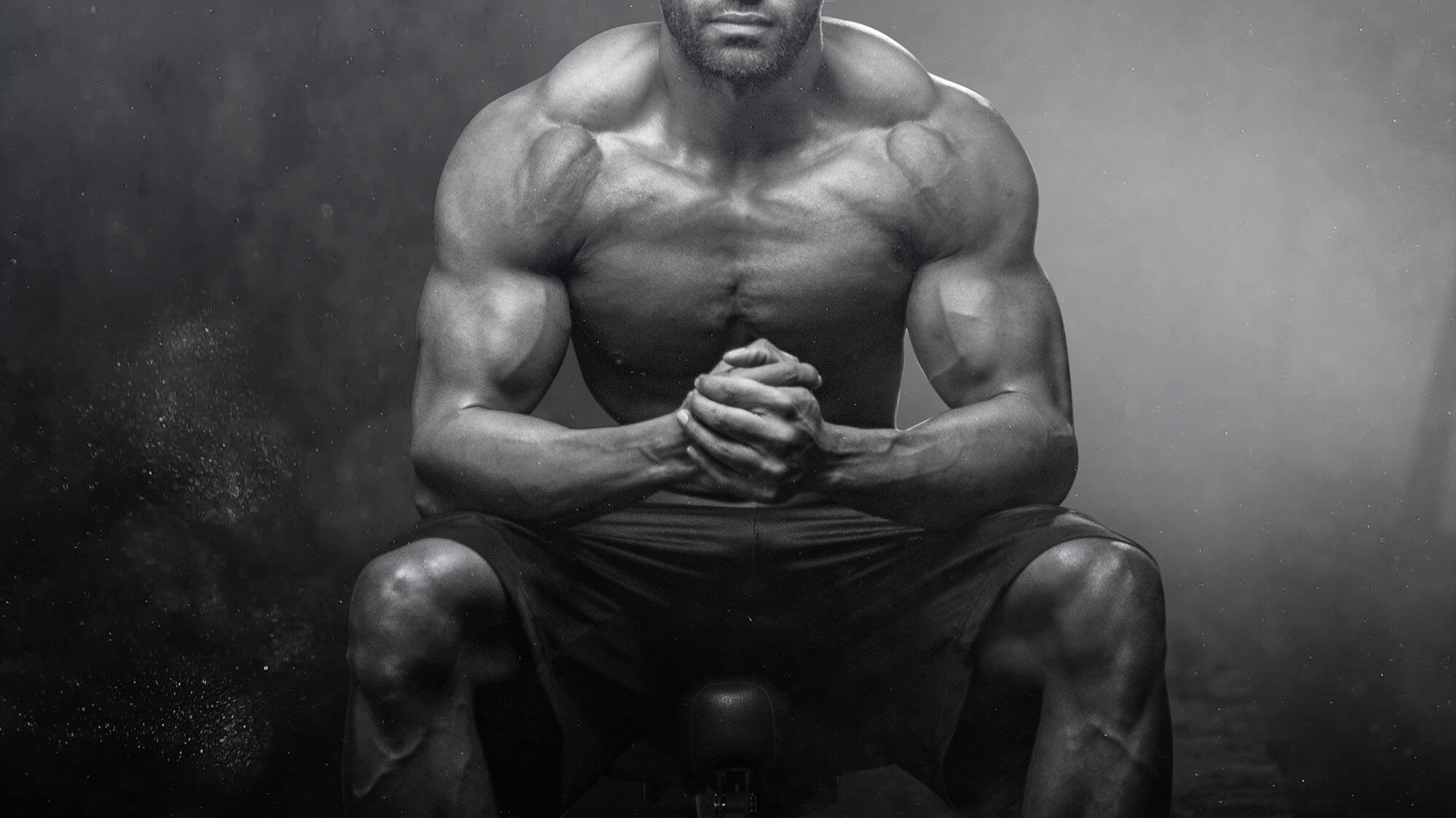 “How do I become an alpha male?” Plenty of men, after being exposed to the manosphere, ask themselves this question…but it isn’t entirely accurate. There’s 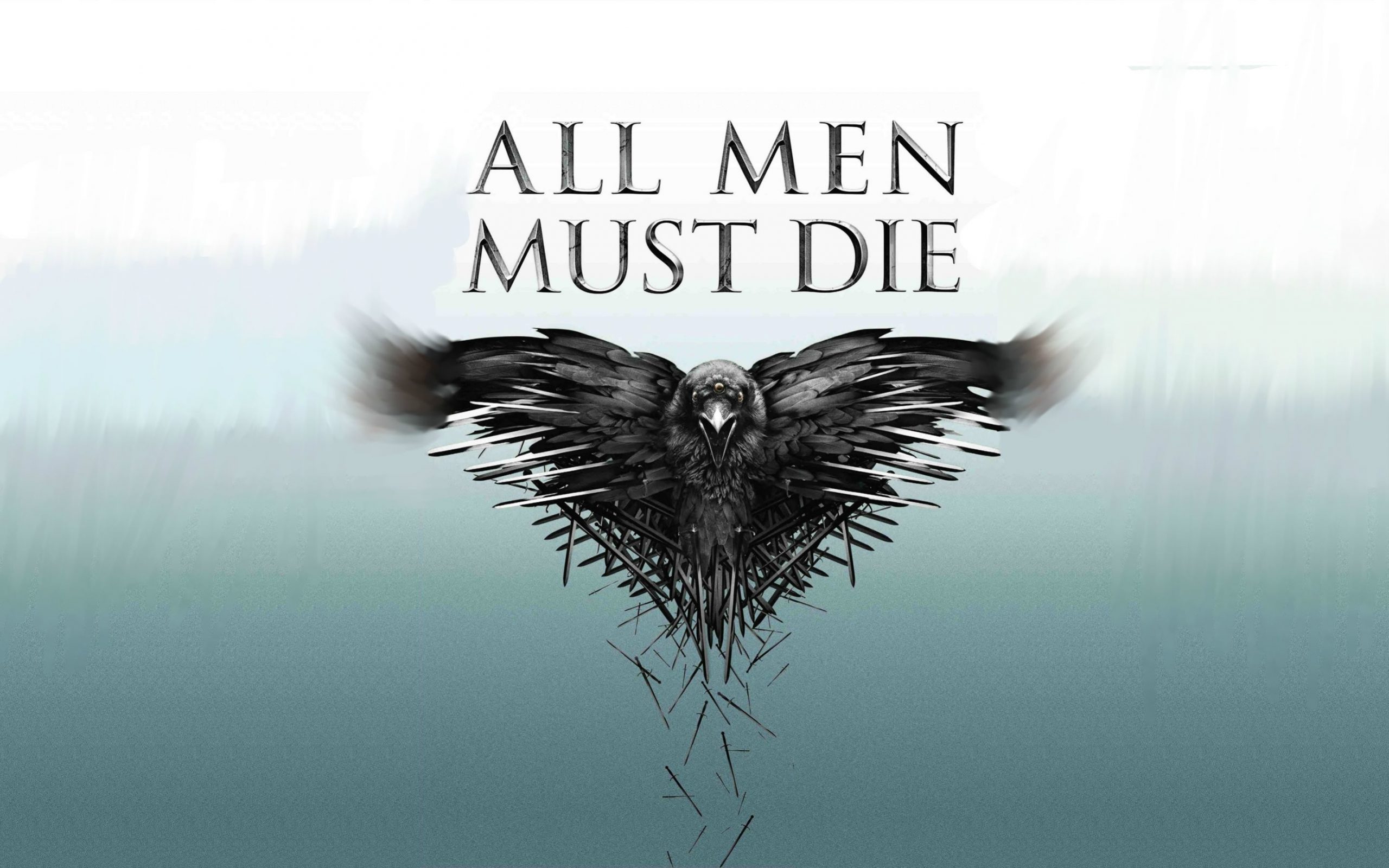 7 Most Alpha Game of Thrones Quotes

If you’ve been living under a rock for the past several years, there’s a popular HBO show called Game of Thrones, which is an adaptation of the 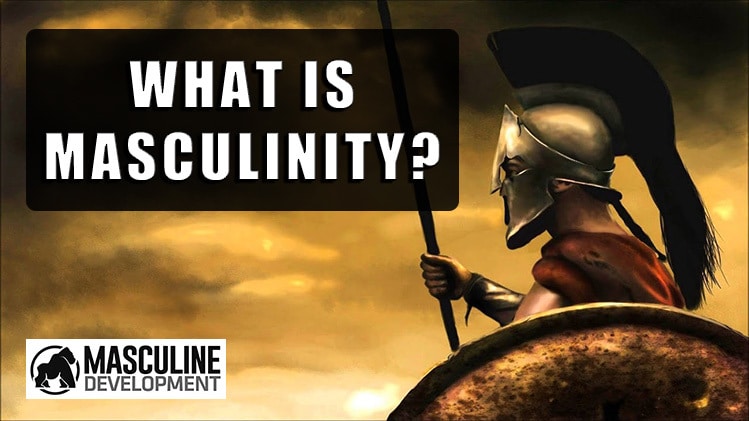 Many men have grappled with the concept of masculinity in their life. There are numerous lenses through which to look at it, and everyone has